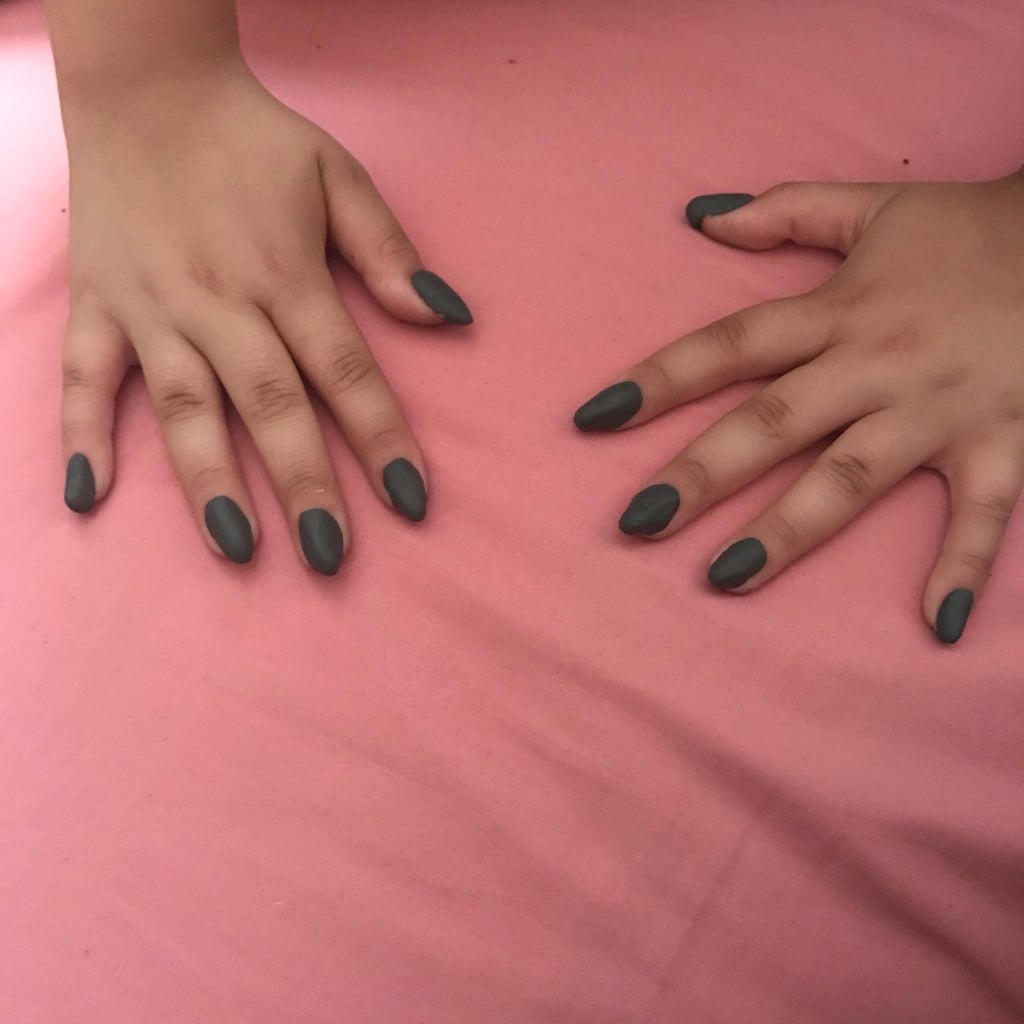 Are you looking for a wedding-day nail artist? Instead of splurging on an expensive salon treatment or booking a celebrity manicurist, there's a new up-and-comer who seems fit for the challenge. She's 10 years old, uses clay as polish, and is more talented at nail artistry than a lot of people who are triple her age.

When one mother, who uses the Twitter handle @___serafina, told her 10-year-old that she couldn't have press-on nails, her daughter responded with a feat of chutzpah. Instead of, say, going out and getting it done behind her mom's back, she used a ton of creativity to build her own coffin nails out of clay. Not only is the look on-trend (we could see Kylie Jenner totally going for this grey matte look), but it's surprisingly well done.

I told my 10yr old she couldn’t have press-on nails so she made some out of clay. pic.twitter.com/LnS6dP52Op

According to @___serafina, her daughter used to bite her nails, so she made a deal with her: stop nibbling, and the pair would practice nail art together. "I've been doing her nails since," @___serafina wrote in a subsequent tweet. But when the mother said "no" to press-ons, the 10-year-old took matters into her own hands.

Twitter has taken note of her impressive job, with many people praising the child for her talent. We'd want to book with her ourselves, but something tells us she'll have a long wait list after this.

Related:
This Woman Who Uses Meat to Show Off Her Manicure Is All of Us Fronting on the 'Gram
0
previous images
-21
more images
Previous Next Start Slideshow
Join the conversation
NailsBeauty NewsNail Art
More from POPSUGAR
From Our Partners
Related Posts

Celebrity Beauty
Ava Phillippe Cut Her Hair With Office Scissors, but It Looks Like the Work of a Pro
by Danielle Jackson 4 days ago

Celebrity Beauty
Selena Gomez Is the Queen of Simple Yet Chic Nail Looks, and We Want to Copy Them All
by Jessica Harrington 4 days ago