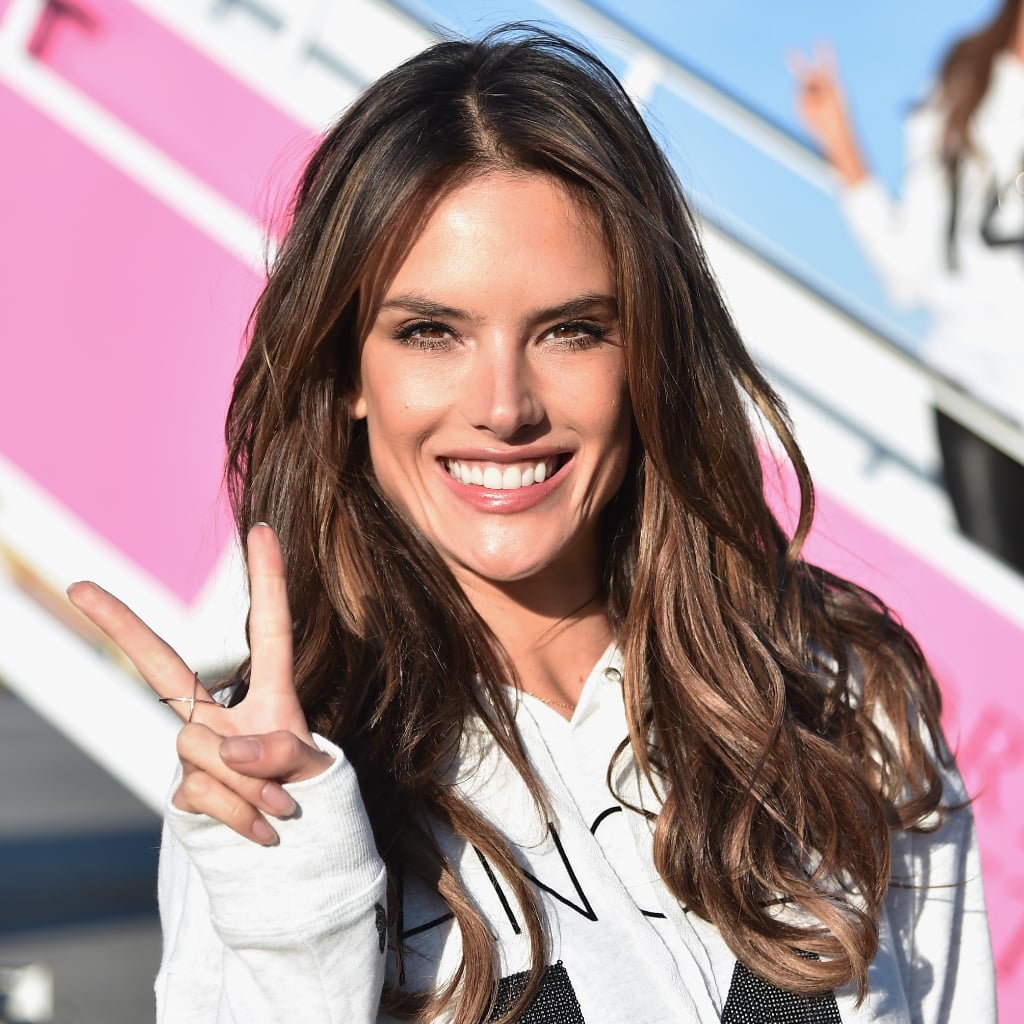 How Alessandra Ambrosio Is Prepping For Tonight's VS Fashion Show

When the now-famed Victoria's Secret Fashion Show pink plane landed in London, its guests (including about 40 Angels) were greeted by a very sexy Brazilian accent projected over the loud speakers. As Alessandra Ambrosio welcomed the crew of models, editors, and publicists to London, there were excited cheers and squeals. It's clear that Alessandra (or Ále, as she goes by) is the team leader of the Victoria's Secret cast. After all, she has been walking in the show for more than a decade.

Alessandra's prestigious position in the food chain is well deserved. She's considered one of the highest paid models in the biz, according to Forbes, thanks to countless campaigns for brands like Christian Dior, Ralph Lauren, and Armani Exchange. Last Spring, she launched her own fashion brand, Ále by Alessandra, with a blog that includes beauty and style tips. And to top it off, she has two kids with businessman Jamie Mazur (and still looks flawless). I interviewed Miss Do-It-All on said pink plane to uncover some of those Brazilian beauty secrets, how she gets into Angel mode, and what we can expect from this year's Fantasy Bra.

Celebrity Beauty
Nick Jonas May Have a Tiny Tattoo Collection, but Each One Sends a Powerful Message
by Danielle Jackson 8 hours ago

Makeup
Get a First Look at Jones Road, the New Makeup Line by Legendary Makeup Artist Bobbi Brown
by Jessica Harrington 1 day ago