Nothing makes you feel confident quite like a layer of lipstick. The Australis Cosmetics GRLBOSS range encourages female empowerment, one lipstick at a time, giving females the confidence to be their own GRL BOSS. With over 100 shades across lipsticks, lip creams, glosses and balms there is something for everyone. 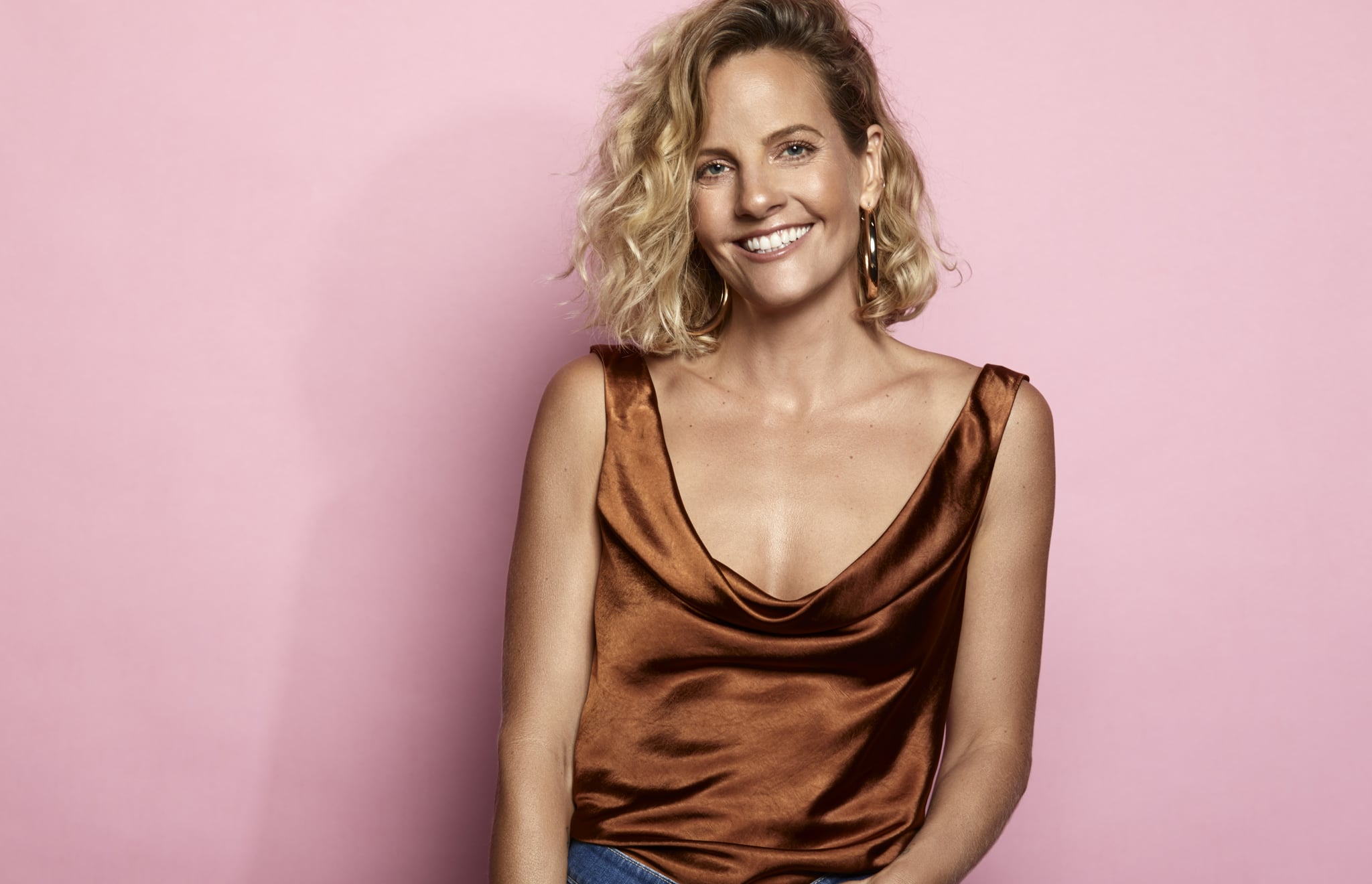 Some might think Alison Cotton had a crystal ball that allowed her to predict the way we would all be dressing in 2019 (if so, please share!). But, when she launched her activewear brand, First Base, back in 2013, she wasn't just trying to jump aboard what some saw as a burgeoning "trend".

For Alison, First Base, was a conscious decision toward creating products that not only resonated with her on a personal level but would also serve a higher purpose — A bit like how Australis Cosmetics' GRLBOSS range, was created to give women the confidence to be their own boss, and feel empowered.

However, having started her career in Perth, the journey to launch a brand within the Sydney fashion industry hasn't always been as clear cut as her initial vision. From production issues to finding mentors, and more recently her company's journey towards sustainability are all obstacles that she's not only taken in her stride but has learnt from. Lessons she's keen to share.

Full of energy, and not afraid to pull punches (in the best kind of way), Ali and I got down to business, breaking down why her proudest achievements can be found within her team, how she's creating a roadmap for sustainability and why success rarely happens on your first go.

Related:
Aimie Rigas On Why the Road to Success Is Paved With Baby Steps

POPSUGAR Australia: Could you start by telling us a little bit about yourself and your career journey?

Alison Cotton: My name is Alison and I'm the founder and Creative Director of First Base. I'm from Perth originally. I studied there and started my fashion career working as a textile artist. I was working on another brand in Perth and the whole process was very organic for me, I was at college studying and then just started making stuff and people started buying it. I got to a point where I didn't really have any direction with what I was doing creatively. I just really wanted to work on a product that resonated with me, that had a longer shelf life than a cocktail dress and would lay the foundation of a wardrobe. That's where the idea [for First Base] sort of morphed from, and so we launched it five years ago.

PS: We'd love to know who some of your mentors are both personally and professionally?

AC: Being from Perth, you don't have the access to people within the [fashion] industry like there is in Sydney or bigger cities, so I never really had a professional mentor in that way. There are people I would talk to, but no one that I ever really had access to or could work with, so my parents were really my mentors. They had their own business, not in fashion, but they just taught me the basics, which was you work hard, you put in the time and it will pay off. Be humble, learn, and listen to people and take their advice.

AC: Yeah, the important lessons. There's also a lot around just being humble. My dad always used to say that the people you pass on the way up, are the same people you pass on the way down. Then, more recently my team and the friends I'm close with. I have the most wonderful friends, who are entrepreneurs and great kinds of people. It's this core group that gives me new ways of thinking about things and pushes me.

AC: Look, there have been times in years gone by that it [production] has brought me to tears. But, I think as time has gone on it effects me less, because we just focus on the bigger picture, and it's just part and parcel with making a product. Now I try to be a little more level-headed about it, so nothing is ever the biggest drama. Learn from it, and move on. There are always surprises though.

PS: Is that attitude something that's come naturally to you? Or is it something you've had to develop?

AC: I think it's a bit of both. Having a rage about it is not getting you anywhere. You just have to get on with it, but I've definitely been pushed through that. It's a skill I think, trying to do that. And then also when something affects everybody [in your team], trying to re-motivate everyone and being like, "This is gonna be fine!". You've gotta be that person. You can't crawl into an egg.

PS: Do you find extra pressure to do that as someone who's leading a business? To make sure that you hold a brave face and hold it together for your team?

AC: Completely, and I've seen the flip side when I haven't been able to do that. Obviously, there are people that are your rocks, and they lift you up when you're down, but it's important for me to maintain that level of forwardness and leadership at all times no matter what's around you. And then there are times when you go home and cry in the shower! 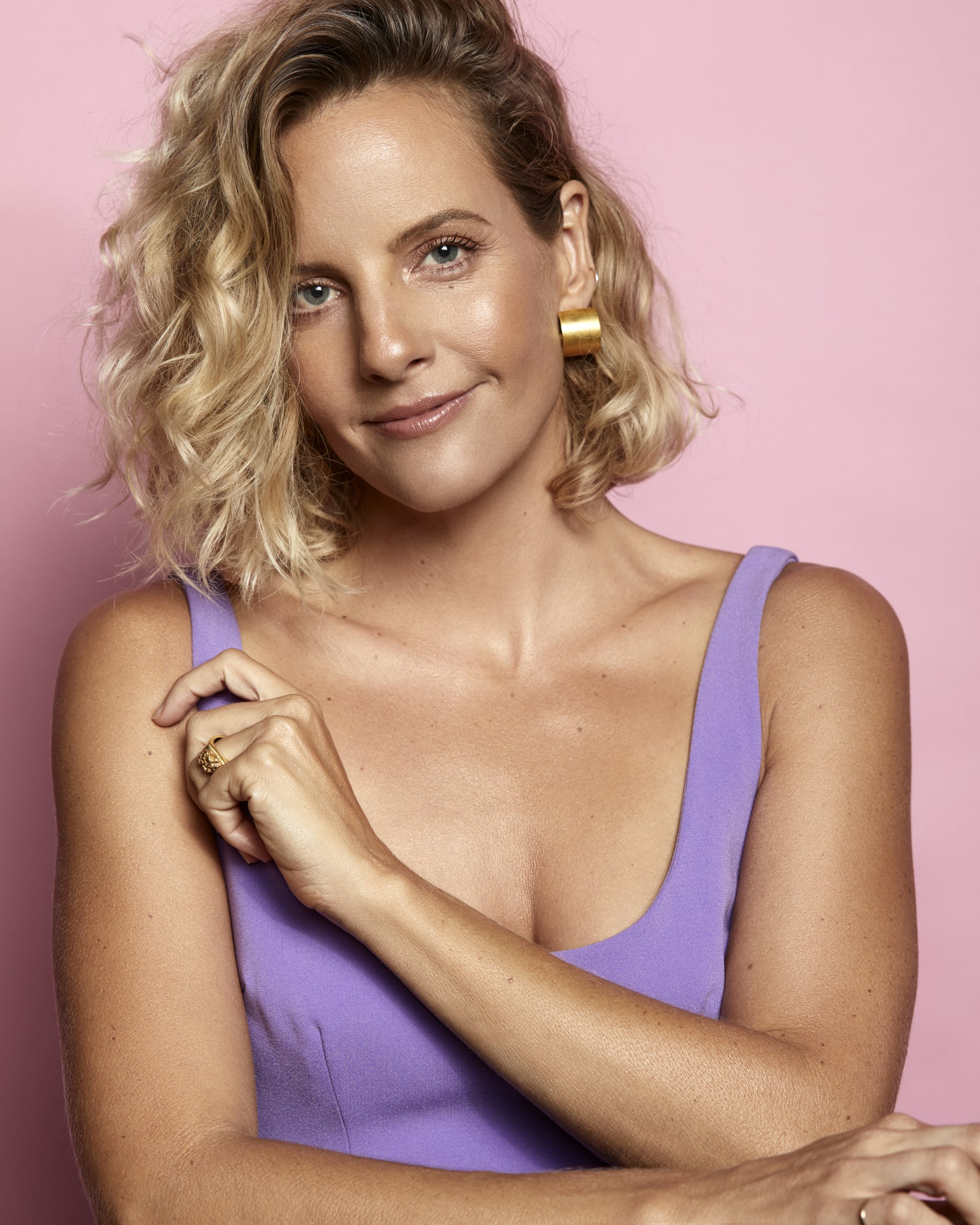 PS: What's some of the best advice that you've been given?

AC: There's so many, but what really resonates with me is that if you try and be for everyone, you ultimately are for no one.

PS: Yeah, that's very true, and some of the worst advice?

PS: Obviously, you're a very busy woman, and you've got a lot to do. Do you have any self-care practices that you swear by to help you achieve your goals?

AC: I try, but I'm not going to make it out like I'm the best . . . but I go to bed at around 9:30pm every night except for the weekends. My husband gets up at 5am every morning, and when we first started living together I was just really annoyed by this whole 'go to bed at 9:30pm' thing. It took me a few weeks to get into the routine, and now I think it's fantastic.

PS: Sleep can change everything.

AC: It's so good! I don't understand people who go to bed at 11pm, because they'll be tired when they go to work the next morning, it's too late! So that definitely helps with the self-care . . . My other one is to just stop worrying about what people think about you.

PS: Are there any strategies that you can let us in on?

AC: I think it's sort of naturally how I am anyway, because I'm a big polariser. I think it was kind of always there, but now I just don't get on social media. I just don't try to engage on those platforms and create those situations where you're looking at what other people are doing, whether they're holidaying or whatever. I just find that stuff not positive for me personally.

AC: Yeah, I don't buy into that. So it just makes it easy because then you're not thinking about it. I also think that it's totally okay that people don't like you. Not everyone has to get along . . . I can't be for everyone, and everyone can't be for me and I'm totally okay with that.

PS: Do you think that acceptance has come with age?

AC: Yeah, definitely. I don't try and force it and try and make friends with every single person. That's just not my style at all. I just let it be and take it for what it is, and then move on. Just surround yourself with the people that make you feel the best.

PS: That's great advice! What kind of legacy do you want to leave behind, and what would you like to pave the way for in terms of your career?

AC: I'm really passionate about sustainability, and I would love for us to get to a place where we can work with other brands and support them on their journey to sustainability. We've been building, for want of a better word, a roadmap, on some of the things we've been doing, because these things are not always easy to find out. I'd love to get to a point where that information could have a manual, and if someone wanted it they can just have it. I think that would be really, really cool. And, I think as a smaller overarching piece I just really love creating a brand that has a culture that people want to be a part of.

PS: What do you think when brands say they can't make changes towards sustainability?

AC: Look, It's not easy . . . You just have to change what you're doing. We were making denim a number of years ago, and when we started going toward sustainable, we had to focus on other products. So, I think they are the choices you make. Personally, I do think there are always options but I don't think we are perfect because we are still refining and trying different things, but there are so many things you can do. For example, from the way you transport stuff, through the dyes you use. There are so many tiers, but it's hard to get to a point where you're 100% sustainable, and we're not there yet. You've gotta be prepared to make those changes, and be prepared for it to potentially impact your bottom line.

PS: It's an important conversation. Do you ever encounter people when it comes to sustainability that have an all or nothing mentality?

AC: That's actually a really frustrating thing and something that we come up against. We try and be quite gentle with our messaging. Sometimes you get people who just want to focus on that one thing, rather than the big picture, and that as a business we're trying. With every little bit is our kind of thing even if you're just a small independent business. When we started doing it, I thought 'we can't tell anyone we're doing it', and then we went about 12 months until we had a lot of new changes, and then I was just like, I think it's time that we can start putting this on packaging, and we can start talking about it, but we didn't do a press release, because I was actually so concerned that people would just tear us down.

PS: What career accomplishment are you most proud of so far?

AC: If I actually had to boil it down, it would be that I'm really most proud of our [First Base] team.

PS: In 2019 Australis Cosmetics is partnering with the Girls Academy, which supports indigenous girls to complete their education. What piece of advice would you give the next generation of young girls who are dreaming big?

AC: I would say, don't stop and keep going always, because it never happens on the first go.

PS: If you could have anyone as your mentor, dead or alive, who would it be and why?

AC: This is really hard . . . Okay, I would say, Kelly Slater, because he could teach me to surf [laughs]. No, he would be my top pick! He's arguably the most elite athlete of our time, because of what he's been able to achieve across all sports. So I think his dedication, drive, the ability to overcome obstacles. Physically, mentally, emotionally, I think he's just a really inspiring person. It just feels like he's very humble seemingly and he's a person that everyone loves, and that's a really hard thing to achieve.