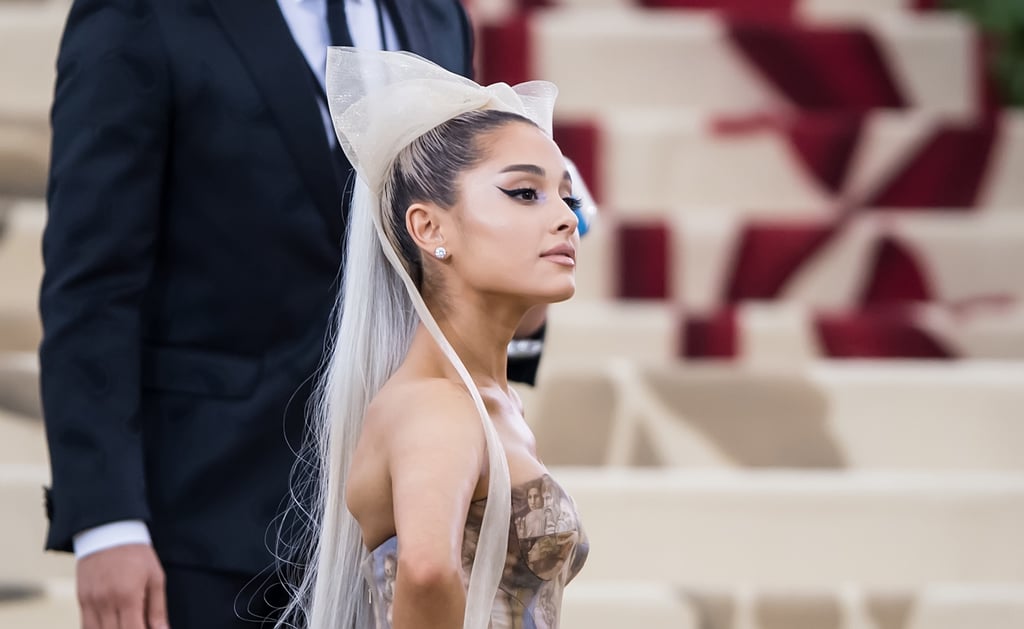 Do you hear that? That ethereal static is the sound of two fan bases colliding after Ariana Grande name-dropped Rihanna in a new song. To be specific, she name-dropped Rihanna's Fenty Beauty. On "Make Up" off her just-released Thank U, Next album, Grande sings about making up with someone, then messing up her . . . yeah, you get it. The lyric in question goes, "No eyeliner on, but looking at you is the fix / Highlight of my life, just like that Fenty Beauty kit."

"Highlight of my life, just like that Fenty Beauty kit."

The cosmetics brand noticed the nod immediately after the album was released and tweeted, "Y'all KNOW we felt that." Interestingly, Grande actually let the brand know what was coming back in January. After Fenty Beauty sent her some products, Grande posted a video of the goods on Instagram Stories and said, "Thank you so much, god." When the brand inevitably shared her video on Twitter, Grande replied, "Wait til u hear 'make up.'"

The lyric not only left fans spiraling, but it also brought up questions about a possible collaboration between the two. Grande and Rihanna have in the past interacted at award shows, but they've yet to work together. Perhaps "Make Up" will pique Rihanna's interest? Then again, after releasing two albums in less than a year, Grande might not be releasing more new music anytime soon.

Music
Halsey Doesn't Hold Back After Being Snubbed For a Grammy: "It's Not Always About the Music"
by Grayson Gilcrease 10 hours ago