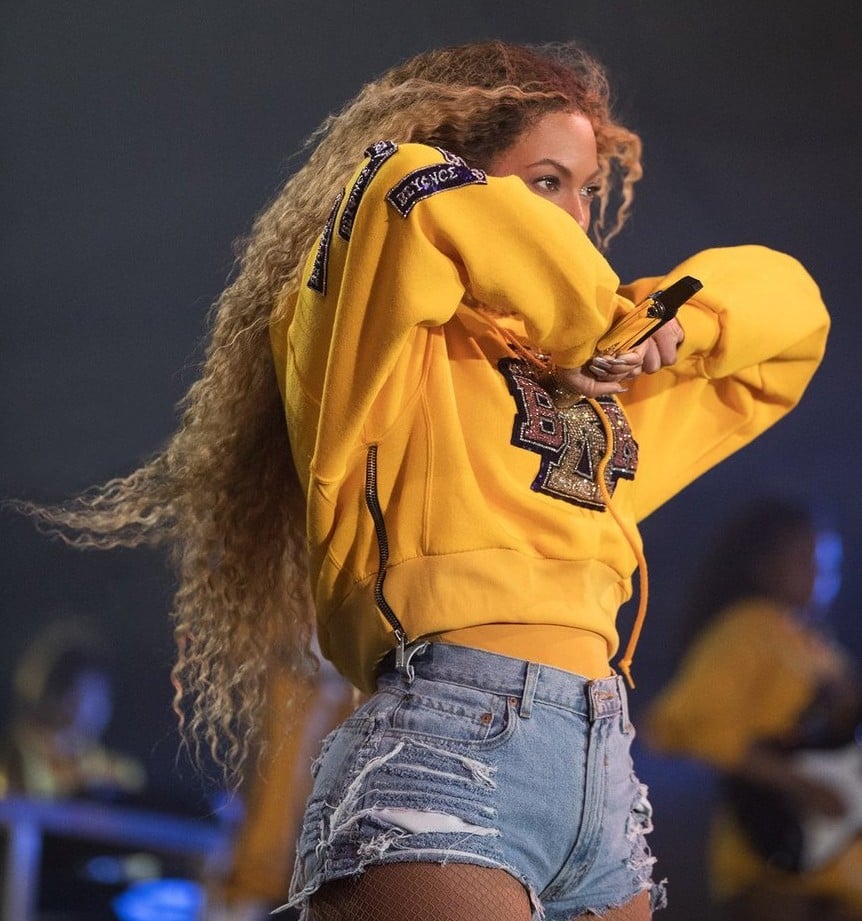 Beyoncé's Coachella performance over the weekend was one for the ages. Not only was she the first black woman to headline, she gave the world the gift of a Destiny's Child reunion, she also brought out hubby Jay-Z and sister Solange, along with about a million dancers because of course she did. But while we were trawling the endless Insta Stories and photos mesmerised by her outfits, those moves and Rihanna front row the internet thought they had spotted something that was so Queen Bey it hurt!

Twitter went into meltdown assuming the queen had changed her nail colour mid-performance. While a quick switch from silver to black, during a two-hour Coachella set, would be a standard Bey move, it took a little more digging (thank you Buzzfeed) to get to the truth . . .

Related:
Get It, Girl! Adele Shakes It Like No One's Watching During Beyoncé's Set at Coachella
Previous Next Start Slideshow
Join the conversation
Celebrity BeautyNailsCelebrity NailsCoachellaBeyoncé Knowles
More from POPSUGAR
From Our Partners
Related Posts

Skin Care
Finally, the Wait Is Over: See All of the Products in Jennifer Lopez's Line, JLo Beauty
by Jessica Harrington 6 hours ago