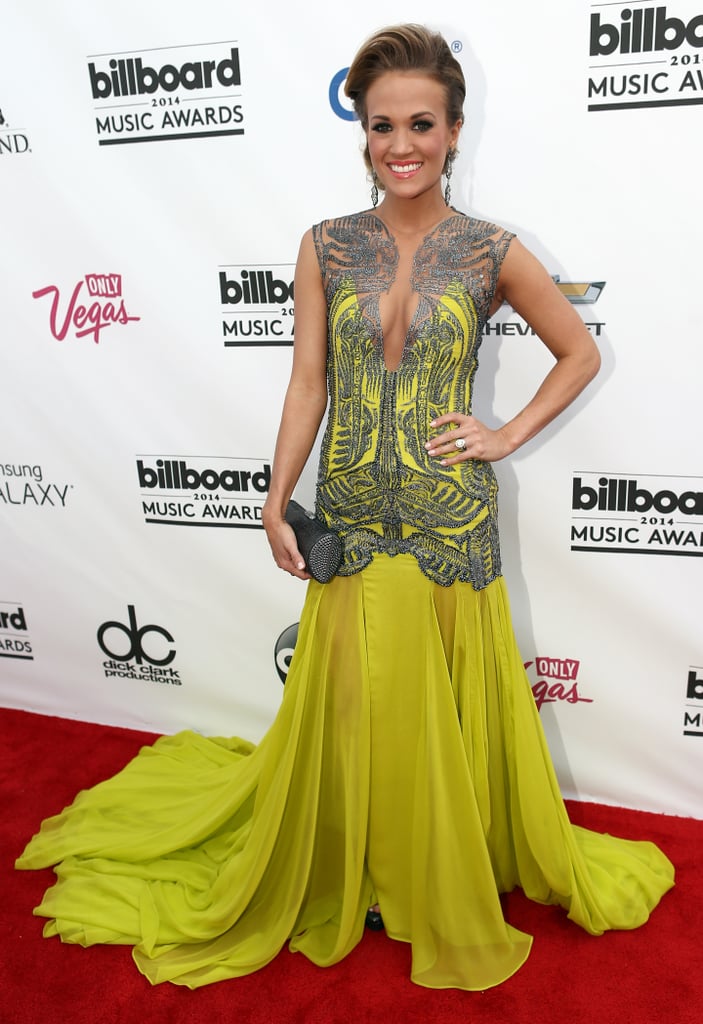 Carrie Underwood used to be one of our favorite blondes, but it looks like she's veering into brunette territory now! The country singer stepped out at the 2014 Billboard Music Awards with darker locks in Las Vegas, pairing her new hairstyle with a gorgeous yellow dress. Carrie is set to perform with Miranda Lambert later in the evening, and the singers posed on the red carpet together, too. They are debuting their new duet "Somethin' Bad," which will be released on Miranda's album next month. Carrie is also nominated for the milestone award, up against Ellie Goulding and OneRepublic.

Celebrity Beauty
Does Zac Efron Have Any Tattoos? The Answer Is Surprisingly Complicated
by Jessica Harrington 5 days ago