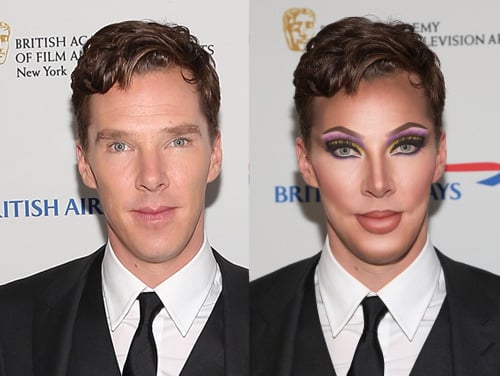 What happens when you combine a love for RuPaul's Drag Race with some serious Photoshop skills? Pure magic. British fashion communication student and illustrator Christopher McParlan has been putting his talent to fabulous use on his Tumblr account, Celebrities as Drag Queens. With a little lot of digital makeup, he gives popular male stars makeovers, transforming them into drag queens. Read on for some of the best looks, and then visit Christopher's Tumblr for more. Be warned: these before-and-afters are impressive — and mesmerising!

Makeup
The Best Long-Lasting Lip Stains For Winter That Won't Budge, No Matter What
by Jessica Harrington 3 days ago