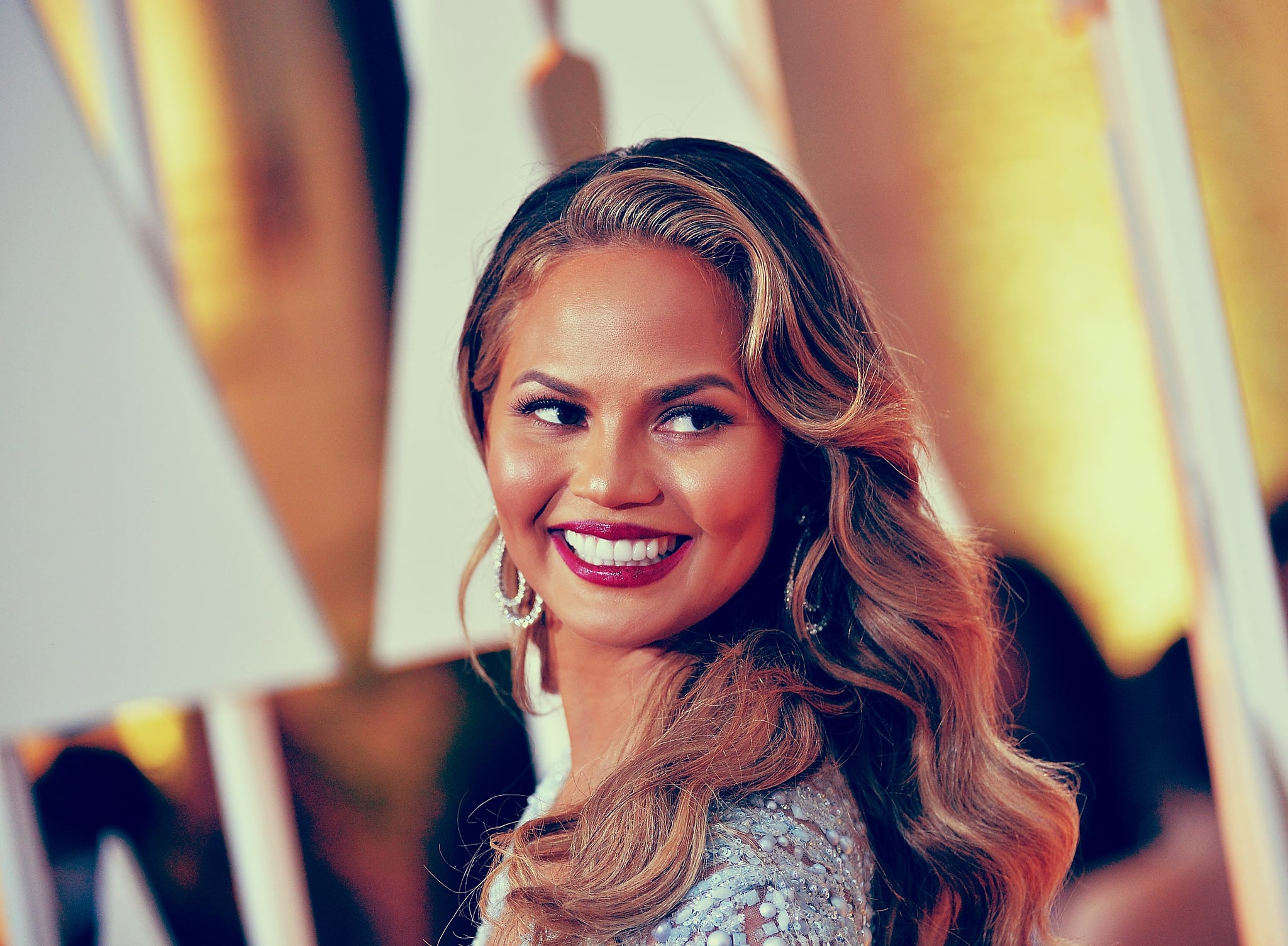 If you follow Chrissy Teigen on social media, chances are you've witnessed her regularly get real about the trials and tribulations of the spray tan life. A self-proclaimed "spray tan addict," the model once posted a hilarious Snapchat showing the downside to getting that artificial glow: some messy, brown-stained bed sheets. And let's not forget that time she got real on Twitter about the struggles of spray tanning while breastfeeding, which doesn't sound like a very ideal situation.

just spray tanned around my breast pump outline. the logistical challenges of a healthy beach glow while boobing are incredible

Related:
1 Black Girl Got a Spray Tan and Lived to Tell the Tale

Even though the mother recently told People she was giving up on the ritual since she was busy raising baby Luna, it looks like she has had a change of heart and wanted to get in the Summer mood with a bronzed glow. Chrissy stripped down for a topless selfie, which she posted on Snapchat, to show off her newly tanned skin. Using her arm as a makeshift bra, she captioned the photo, "FINALLY A SPRAY TAN THANK YOU FIONA." We're just hoping this bronzed goddess finally figured out how to avoid those stained sheets by now. 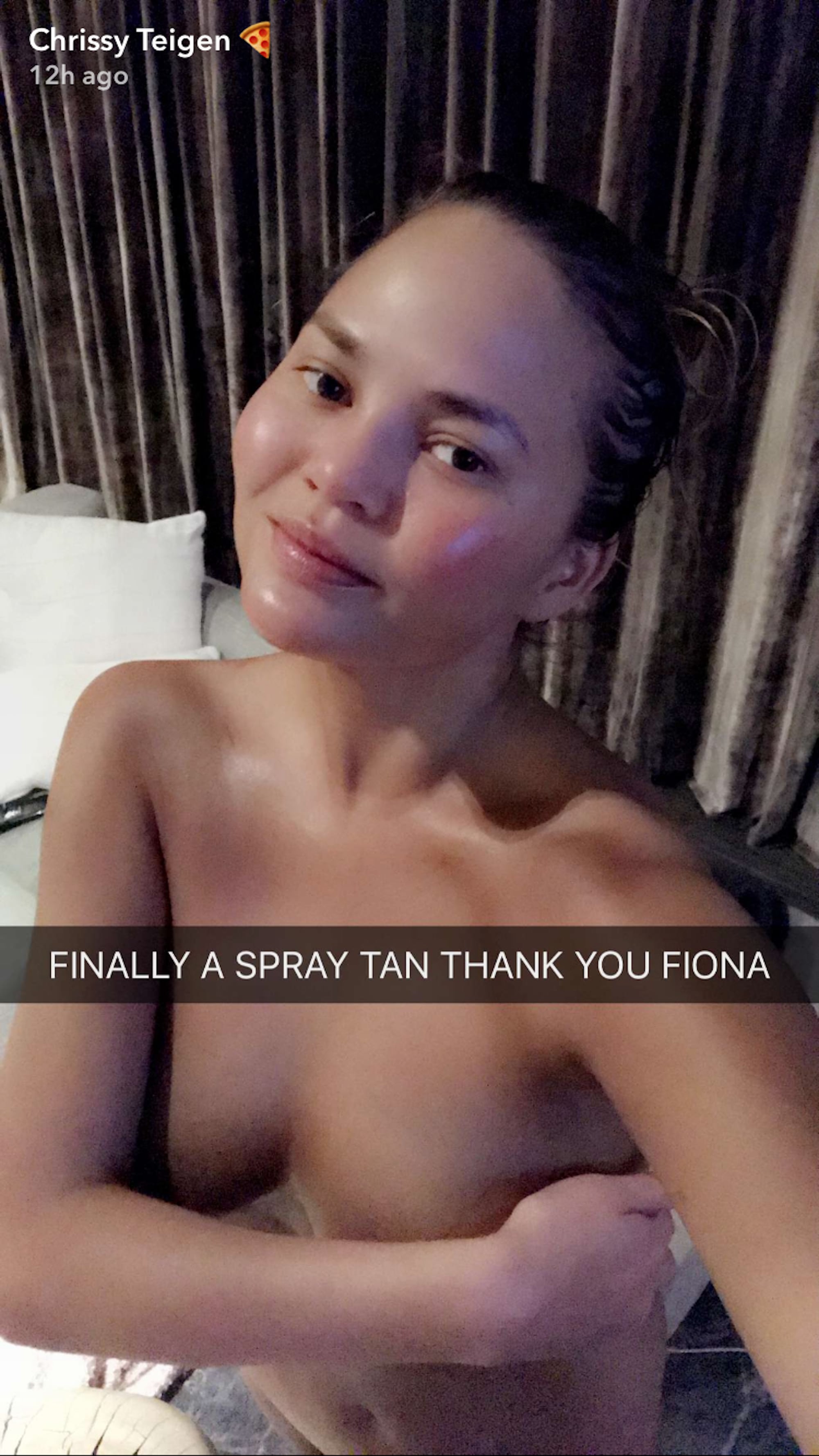 Skin Care
This New Skin-Care Brand Talked to 6K Teens Before Launching, and Everything Is Under $20
by Jessica Harrington 3 hours ago 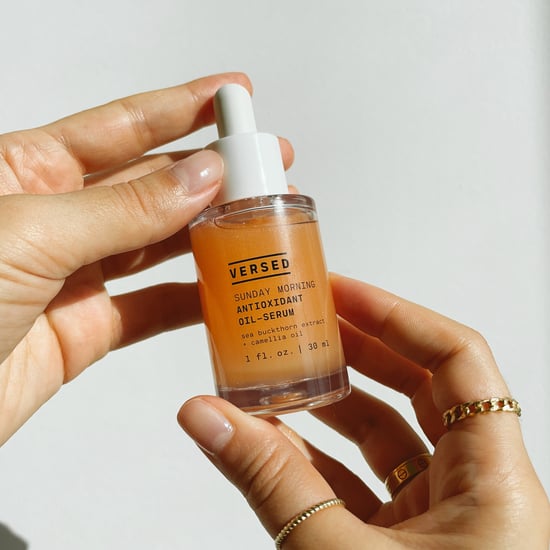 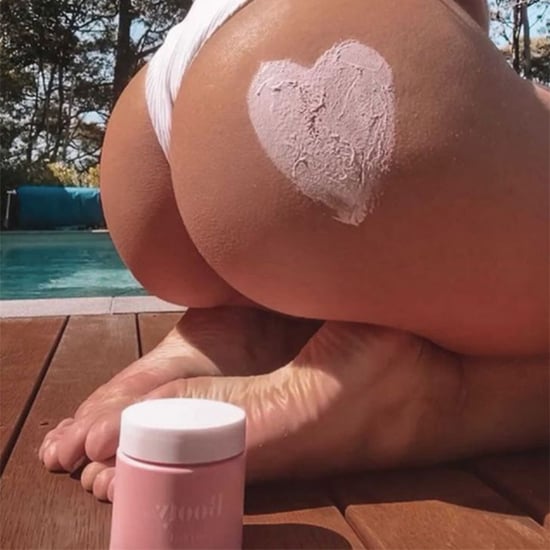 Skin Care
This Australian Brand Just Created Skincare For Your Butt, So Bye Bye Booty Breakouts
by Bree-Grant 22 hours ago