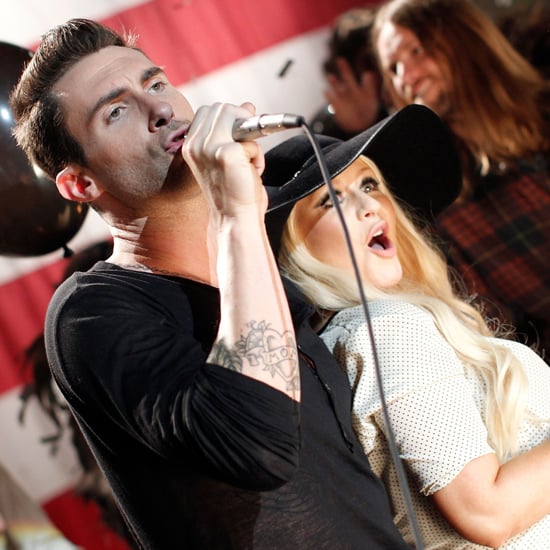 Who doesn't love a little friendly Twitter banter between celebrities. Especially when it involves perfume. Christina Aguilera highlighted Adam Levine's fragrance faux pas on Twitter over the weekend. Christina — who has launched several perfumes including her eponymous debut scent and latest Secret Potion ($39) — wrote to her co-star on The Voice judging panel: "Haha @AdamLevine. What a difference a year makes... Welcome to the celebrity fragrance family!" linking to an earlier tweet the Maroon 5 frontman wrote this time last year in which he declared: "I also would like to put an official ban on celebrity fragrances. Punishable by death from this point forward." We know he's got moves like Jagger, but can Adam wriggle his way out of this?

Celebrity Style
Who Is That Girl I See? It's Christina Aguilera Wearing Her Dreamy "Reflection" Gown
by Karenna Meredith 3 weeks ago