Carla Bruni is known for her former career as a model and her singing and songwriting abilities but as the first lady of France she is obviously in the public eye for politics too.

On her official website Bruni has talked about being among other first ladies with her site noting earlier this year in an entry: "As with Michelle Obama, it is a beauty contest between Princess Letizia, a former star journalist, and Carla Bruni-Sarkozy, ex-top model." It seems to be a compliment, but it could be interpreted in other ways, too.

What do you think about comparing your looks to others? Do you ever feel like you're in some kind of beauty competition with other women, whether it's self-imposed or not, or do you just ignore any comparisons? 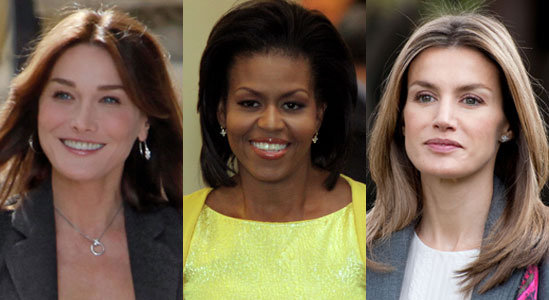 Skin Care
Chika on How PCOS Affected Her Skin and Confidence: "It's Something I Do My Best to Manage"
by Chanel Vargas 5 hours ago