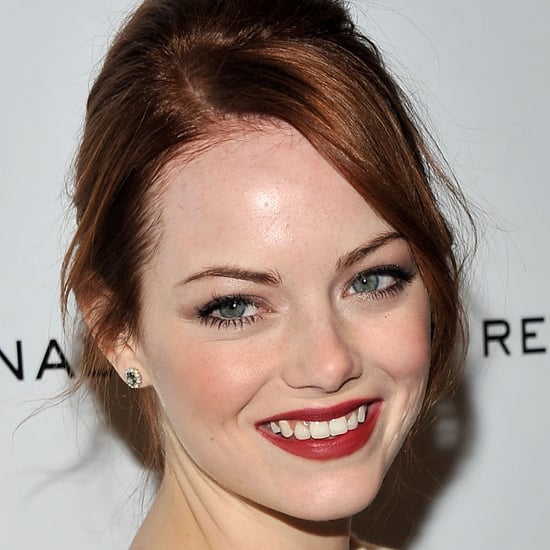 Her flawless face helped to land her a cosmetics contract with Revlon, but Emma Stone's skincare secret isn't out of reach for us mere mortals. The A-list actress doesn't use dragon's blood or an $800 cream to reach complexion perfection, in fact she uses something that's probably already in your pantry or at least something that's ready available (and definitely affordable) in your local supermarket: grapeseed oil. The actress uses it straight up on her skin as a daily moisturiser, telling Style.com: "I'm seriously allergic to everything. So I just use natural grapeseed oil from the grocery store on my face as moisturiser. After the shower, I pat it on, and then I’ll use it throughout the day and at night. I pretty much smell like grape all the time." If you don't fancy following her lead and using oil directly on your face, you can still make the most of this highly nourishing ingredient by using products such as Antipodes Grapeseed Butter Cleanser ($46) and DDF Sensitive Ultra-Lite Oil-Free Moisturising Dew ($54.95).

Celebrity Beauty
Taylor Swift Did Her Own Hair and Makeup For the ACM Awards, and She's Basically a Pro
by Jessica Harrington 6 days ago