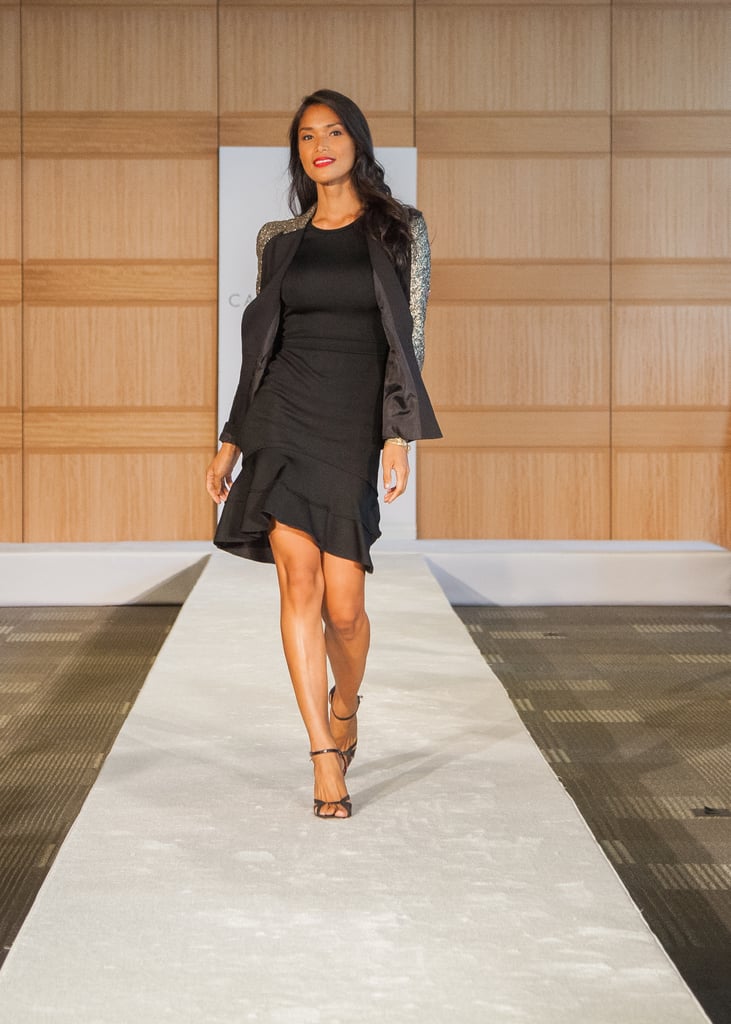 Last February, designer Carrie Hammer was praised for her New York Fashion Week premiere when she chose to send real women (of all shapes and sizes — one even in a wheelchair) down her runway instead of traditional models. She called her dream team the "role models" (get it?). The concept returned for her recent Spring 2015 show at Fashion Week when she featured 24 successful women, including CEOs, lawyers, and entrepreneurs, to be this year's crop of "role models."

But perhaps the most inspiring part was her connection to Karen Crespo, a 30-year-old from Los Angeles who contracted bacterial meningitis and had to have all four limbs amputated. Not only did Carrie help raise $100,000 to get Karen new prosthetic limbs after her old ones were stolen off her porch, but she also dressed her for the catwalk. How's that for girl power? Since we're such advocates of women who are changing the face of beauty, we scored an exclusive on the hair and makeup looks for the show.

Carrie described the overall style as "CEO badass chic." She said, "This is a woman who gets up in the morning and signs multimillion-dollar deals. So I wanted everything a really incredible woman would wear, but enhanced. Big lashes, clean face, big buns, high hair." This theme matched perfectly with the DNA of her label, which can be summed up as tailored workwear with a twist. The cherry on top of the beauty style was — of course — a bold red lip. "Putting on a red lip is sort of like putting on high heels," said lead makeup artist Linda Giardinello for New York Institute of Beauty. "You still feel feminine, but it makes you feel empowered and strong." And that's what Hammer's designs are all about. Read on to see all the gorgeous "role models" who participated in the show and learn how to steal their looks.

Makeup
ColourPop Is Launching a Baby Yoda Palette, Inspired by the Cutest Child in the Galaxy
by Karenna Meredith 27 minutes ago

Hair
Halsey Shaved Off All Her Hair, and Her New Look Is 10/10 on the Badass Scale
by Chanel Vargas 6 days ago
Latest Beauty
×