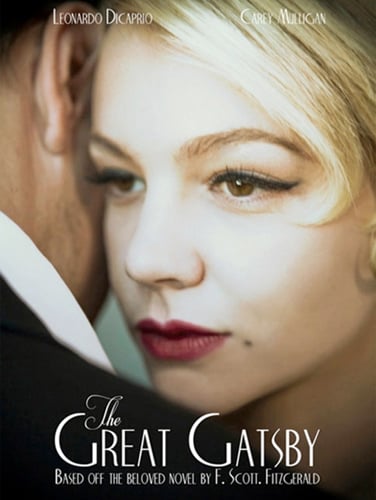 The first official poster for Baz Luhrmann's hotly-anticipated take on The Great Gatsby hit the Internet overnight making us even more excited than we already were to see the movie — which premieres early 2013. It actually uses a shot that Luhrmann himself took of Carey Mulligan during the rehearsal stage of her in character as Daisy Buchanan and, lucky for us beauty fans, it's a close up zoning in on Mulligan's 1920s makeup. The picture-perfect porcelain skin. The liner. The spidery lash line. The beauty mark. And that berry lip. It's a movie star look alright.