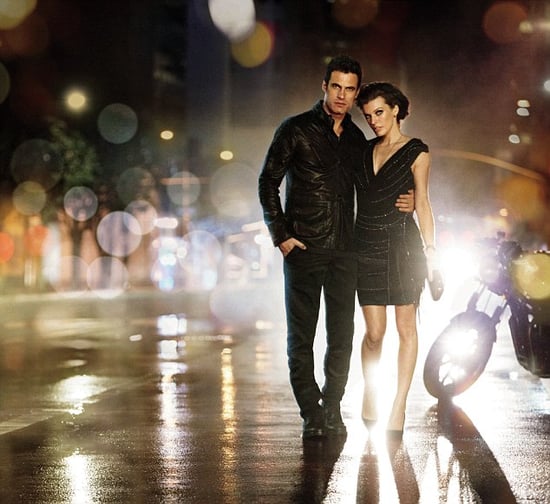 After being announced as the face of Avon's upcoming City Rush for Her fragrance, we saw some cheeky snaps of Milla Jovovich filming the ad campaign in NYC alongside Carlos Casia Grande. We say cheeky as, while being swept off her feet by Carlos, Milla had a slight wardrobe malfunction with her skater dress lifting up to reveal her bum! The finished campaign is less risqué but still undoubtedly sultry. Of the fragrance, Milla says: "It is a sophisticated fragrance that captures the natural mystery and sensuality of a woman. When I am wearing City Rush I feel confident, sexy, and ready to turn the streets into my runway." The juice blends notes of bergamot, plum, ivy greens, black dahlia, rose, orchid, woods, patchouli flower and musk.

Celebrity Beauty
Taylor Swift Did Her Own Hair and Makeup For the ACM Awards, and She's Basically a Pro
by Jessica Harrington 1 week ago