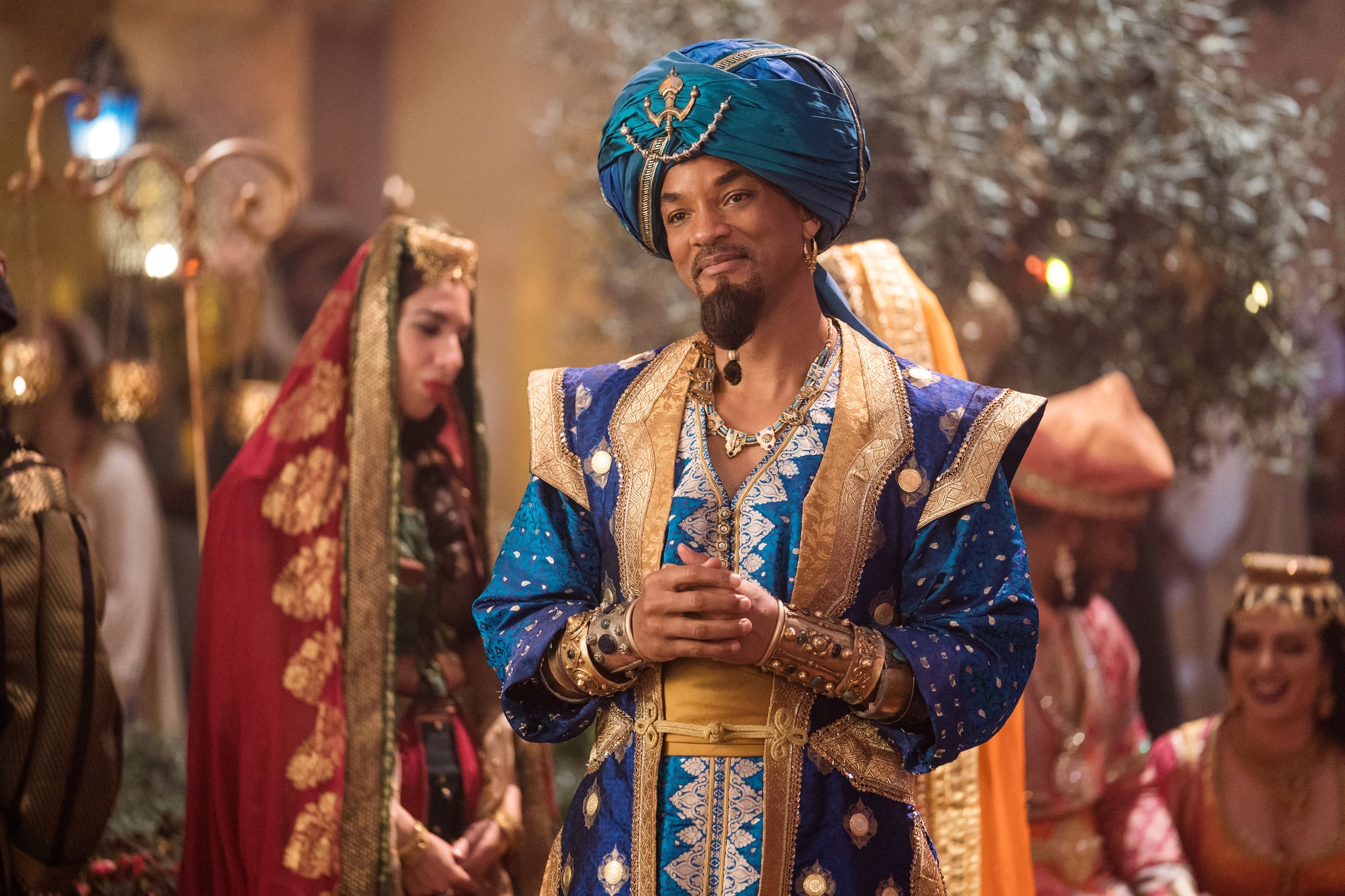 Warning! Spoilers for Aladdin up ahead!

Disney's live-action adaptation of Aladdin has several key differences from the original animated tale of a thief with a heart of gold. Obviously, the Guy Ritchie-directed reboot has to make a few changes to account for the fact that it's no longer animated, but thankfully, much of the story remains the same. Of all the things that are different — which includes updated musical numbers, a more involved arc for Jasmine, and new characters — one of the most interesting changes is the upgrade in Genie's story.

Related:
The 10 Biggest Differences Between Disney's Aladdin Reboot and the Original

For those who haven't watched the 1992 film in a long while, here's a bit of a refresher: When Aladdin finds Genie in the lamp, he explains that he's been in there for 10,000 years and has never been freed by any master. Aladdin promises to use his third wish to free him, but when he gets too deep into his ruse as Prince Ali with Jasmine, he reneges on his part of the deal. Genie becomes upset and goes back into the lamp where he's stolen by Jafar, who uses him in an attempt to become an all powerful being. When Aladdin gets the lamp back and rescues Jasmine and her father from Jafar's clutches, he uses his third wish to grant the Genie his freedom. Now able to do whatever he wants, Genie decides he's going to go travel all over the world on his own (though he does show up as Aladdin's companion in the sequels and animated series).

In the live-action version, the same conversation about Genie's freedom happens between the two, but Will Smith's version of Genie is notably unconvinced by Aladdin's promise. When the two begin to hatch their plan to turn Aladdin into Prince Ali, the thief notes that the other cannot walk around in his usual appearance since people would notice his . . . everything. To compromise (and since it's not as easy to make Smith morph into various animals and disappear as often as Genie did in the animation), the Genie spends a majority of the film in his human form — though he does slip back into Big Blue toward the end of the film. Going around as a human allows him to act as Aladdin's assistant and interact with the rest of the characters as well. 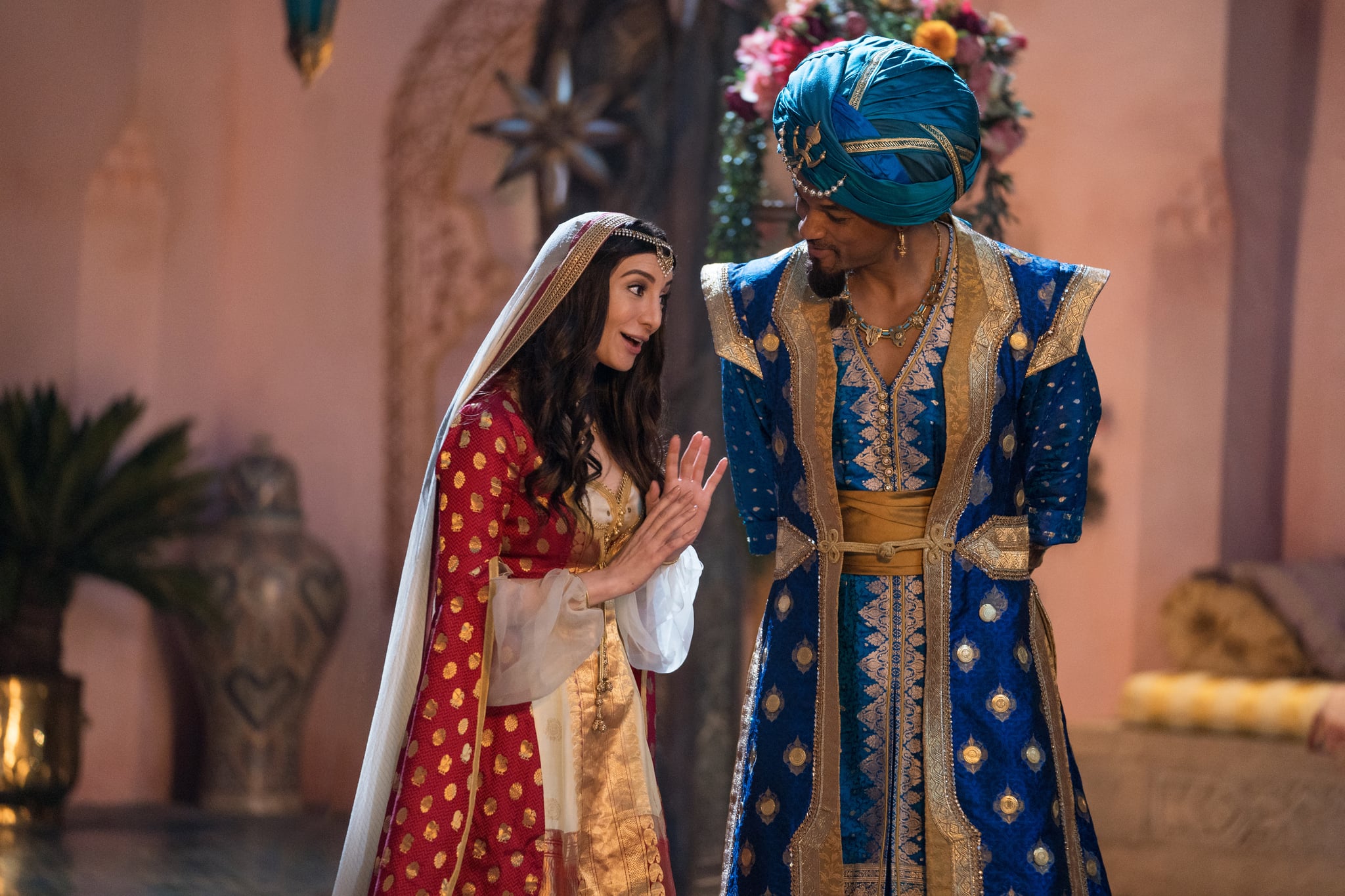 This leads to another big change to Genie's story: a romance with Jasmine's handmaiden Dalia. While Aladdin and Jasmine fumble their way into their great love, Genie and Dalia find themselves striking their own romantic dalliance. Saturday Night Live alum Nasim Pedrad plays Dalia, and her chemistry with Smith is actually one of the highlights of the film! This all comes to head after Aladdin and the Genie outwit Jafar by convincing him to become a Genie (aka entering thousands of years of servitude). Aladdin uses his final wish to set his new friend free and, rather than remaining a genie like his cartoon counterpart, Genie's freedom means he's now a human. Able to do whatever he wants, Genie asks Dalia to marry him, to which she responds by saying she wants children and a really big ship (they eventually settle on a smaller boat and two kids).

In fact, the reboot actually begins with the Genie in human form on a boat, telling his two young children a story (Aladdin's story to be exact) to cure their boredom. In the beginning, we don't see his wife's face as she hangs laundry in the background, but later on in the film it's revealed that she is indeed, Pedrad's Dalia. We can assume that they go on to live a poor-but-happy life, travelling the world together with their kids.

Of course, the film didn't need this extra side plot, as the original story still holds up over 20 years later, but it's actually a rather cute addition to the tale! Plus, Smith and Pedrad are so funny together, we're more than happy to see them in whatever ending they wish.