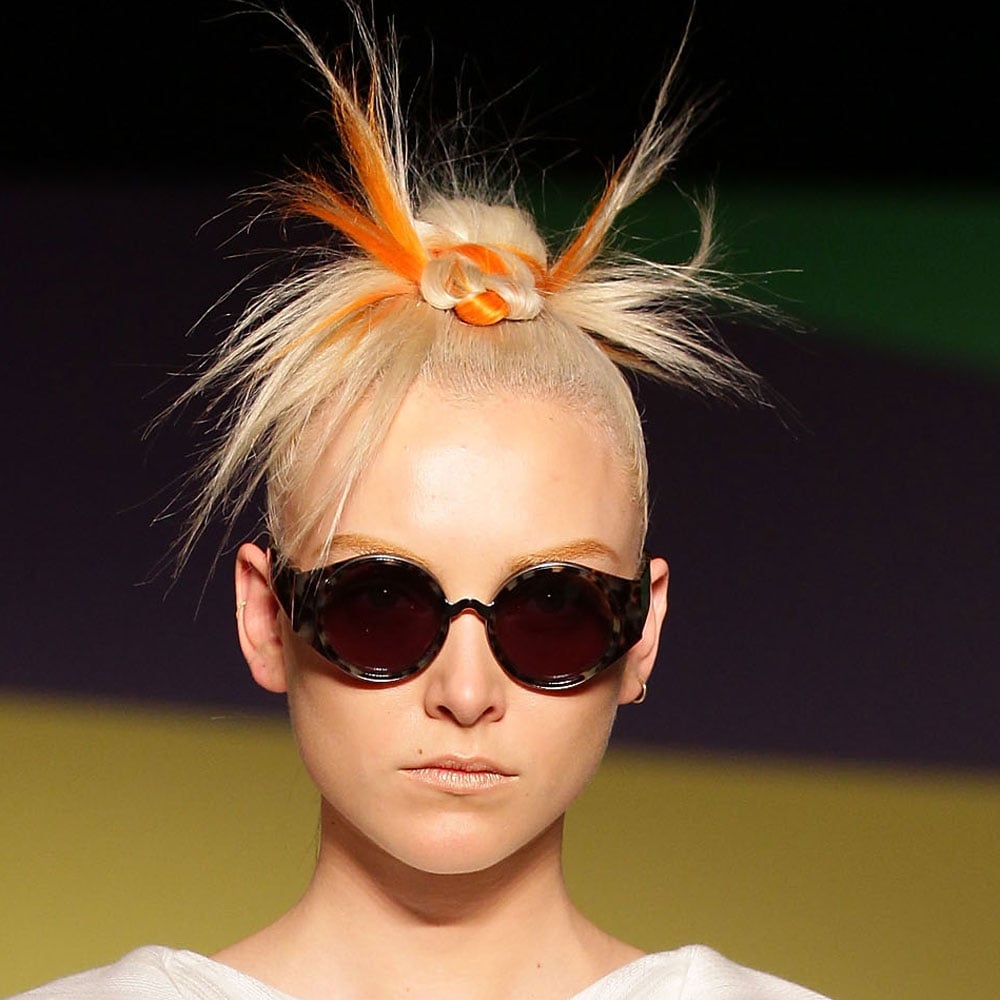 Hair colour once again made an appearance at Fashion Week at the GInger & Smart show. And once again, Alan White (ghd) was the man behind it. Lifting colours from the collection and adding them to weaves which he worked into models' mohawk styles. It's a "modern, sophisticated take on the iconic mohawk and '90s rave subculture," he said. The makeup featured that lovely luminosity that we're starting to see lots of but the metallic accents didn't stop at the skin, with gold being added to the brow to give the illusion of a "revolutionary time traveller," Napoleon Perdis said. OPI's classic Samoan Sand rounded out the whole look. See the hair and makeup teams in action backstage now.

Models
This Is How It's Done: Ashley Graham Breast Pumps Backstage Before First Postbirth Runway Show
by Victoria Messina 3 weeks ago

Runway
Will There Be Shows at Paris Fashion Week This Season? You Bet — Here's What's Coming
by Sarah Wasilak 4 weeks ago

Models
Christian Siriano Hosted a NYFW Runway Show at His House, and Coco Rocha Jumped in the Pool
by Nikita Charuza 3 weeks ago
Latest Beauty
×