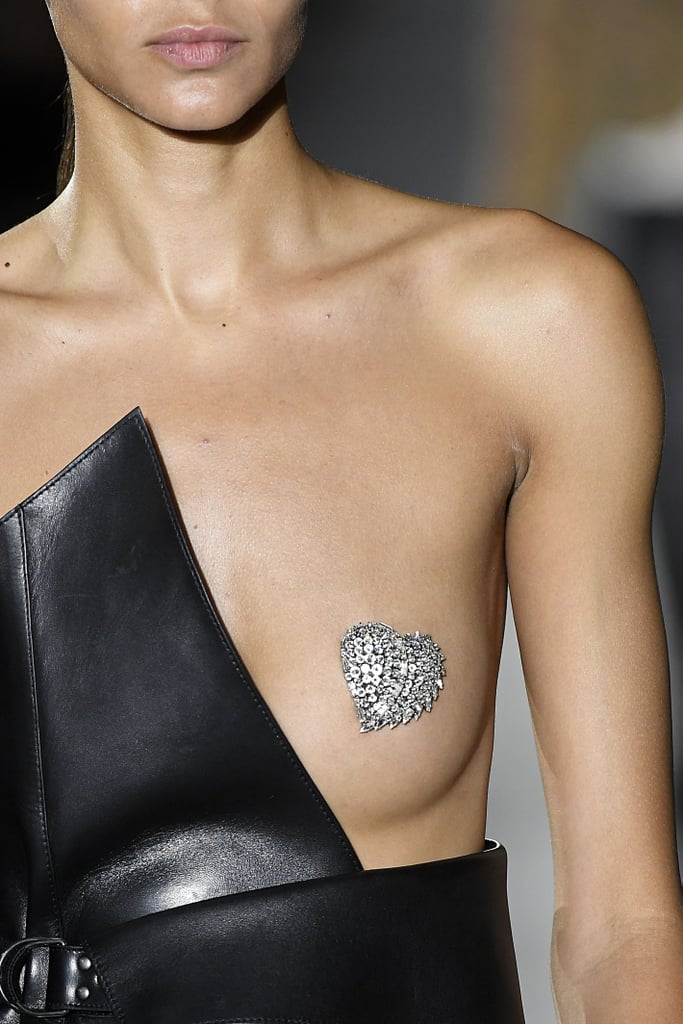 This May Be the Chicest Way (Ever!) to Expose a Nipple in Public

The nip slip just got a glamorous update thanks to the Saint Laurent runway at Paris Fashion Week Spring 2017. There, model Binx Walton walked the runway in a sexy leather dress that only covered one of her breasts. The other was exposed except for a glittery silver, heart-shaped pastie covering it. The piece brought up nostalgia for the famous Broadway dance number "You Gotta Have a Gimmick" (via Gypsy), Lil' Kim's famous similar outfit from the 1999 MTV VMAs, and the time Janet Jackson's own nipple got exposed during the 2004 Super Bowl.

This Saint Laurent "trend" is being dubbed the glitter nipple, and it follows a slew of other sparkly beauty fads born on the runway, including eyebrows and lips. There was also a dainty ankle rhinestone temporary tattoo featuring the brand's logo, but that was less risqué.

So, where do you think glitter will pop up next?

Skin Care
Beauty Charcuterie Boards Are a Thing, and While You Can't Eat Them, They Look Damn Good
by Jessica Harrington 5 days ago

Hair
4 Haircut Trends That Will Rule Your 2021 Mood Board, According to the Pros
by Kelsey Castañon 6 days ago