This month a series of New York Times articles uncovered the exploitation occurring in NYC nail salons. Now ThinkProgress is turning the spotlight on similar issues in the hairstyling industry. Just like manicure technicians are at the mercy of many different chemicals in the work environment, hairdressers can fall victim to serious health issues after years of working in salons.

You've probably heard your stylist complain of back pain or arthritis after years of styling. A hair professional spends hours on his/her feet. However the primary tool of the hair trade isn't a hair dryer or scissors. It's the hands. Constant shampooing and other "wet work" keeps the hands submerged in water for hours at a time, causing the delicate skin to thin out over time. This makes stylists more susceptible to the chemical ingredients in the products.

Studies have found that hairdressers are more likely to have dermatitis and eczema on their hands than other occupations. In a 2014 focus group held by the Black Women for Wellness, one participant explained the extent of the damage. "My friends 20 years in the industry, girl, my friends don't have fingerprints anymore . . . my friends can't go to the [RTA] and put the hand down and have fingerprints anymore."

In addition to the negative effects on the skin, inhaling the toxins found in keratin straightening treatments, perms, and bleach can cause long-term internal issues. Asthma, bronchitis, lung disease, and bladder cancer are all occupational risks. ThinkProgress reported that hairdressers are more likely to die from Alzheimers's disease, presenile dementia, and motor neuron disease. Women working in hair salons are are also more likely to have miscarriages or children with cleft palates.

Safiyyah Edley, the owner of the Luv Mi Kinks salon in Los Angeles, CA, grew up helping in her aunt's hair salon as a small child. She's been in the hair salon business for more than 20 years and began operating a "natural" salon that doesn't use chemicals, for more than a decade. "Last year, I was diagnosed with uterine fibroid tumours," Edley said. "I was diagnosed at the same time that they told me that I had miscarried. The thing that was very striking is that I've been a natural hair stylist for ten years. I haven't done major relaxer treatments in ten years, and I do deal with some colouring, but the effects last for years."

Ammonia, formaldehyde, and bleach are things we wouldn't use on our kitchen counters. Yet we demand that our hairstylist use the strongest straightening treatment available or keep the chemicals on for 15 more minutes to get the desired platinum blonde shade. Not only should we be worried about what permanent effects these toxins have on our stylist, but what are we inhaling as the client?

Olivia Rubin
This '80s Makeup Look Was Created With a New, Top-Secret Product From Charlotte Tilbury
by Sophia Panych 1 day ago

Hair
From Frohawks to Braided Buns, Let These Natural-Hair Updos Inspire Your Next Hairstyle
by Danielle Jackson 3 days ago

Hair
Y'all, Bald Jim Hopper Can Get It
by Victoria Messina 3 days ago 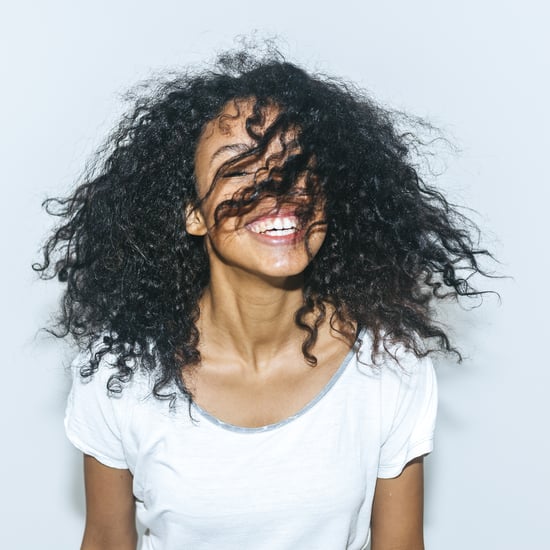 Hair
Have You Noticed a Change in Your Hair Texture? Here's Why That Happens
by Danielle Jackson 6 days ago

Hair
The Celebrity Bob Is Here to Stay, and Liza Koshy's New Cut Is Proof
by Tori Crowther 1 week ago
Latest Beauty
×