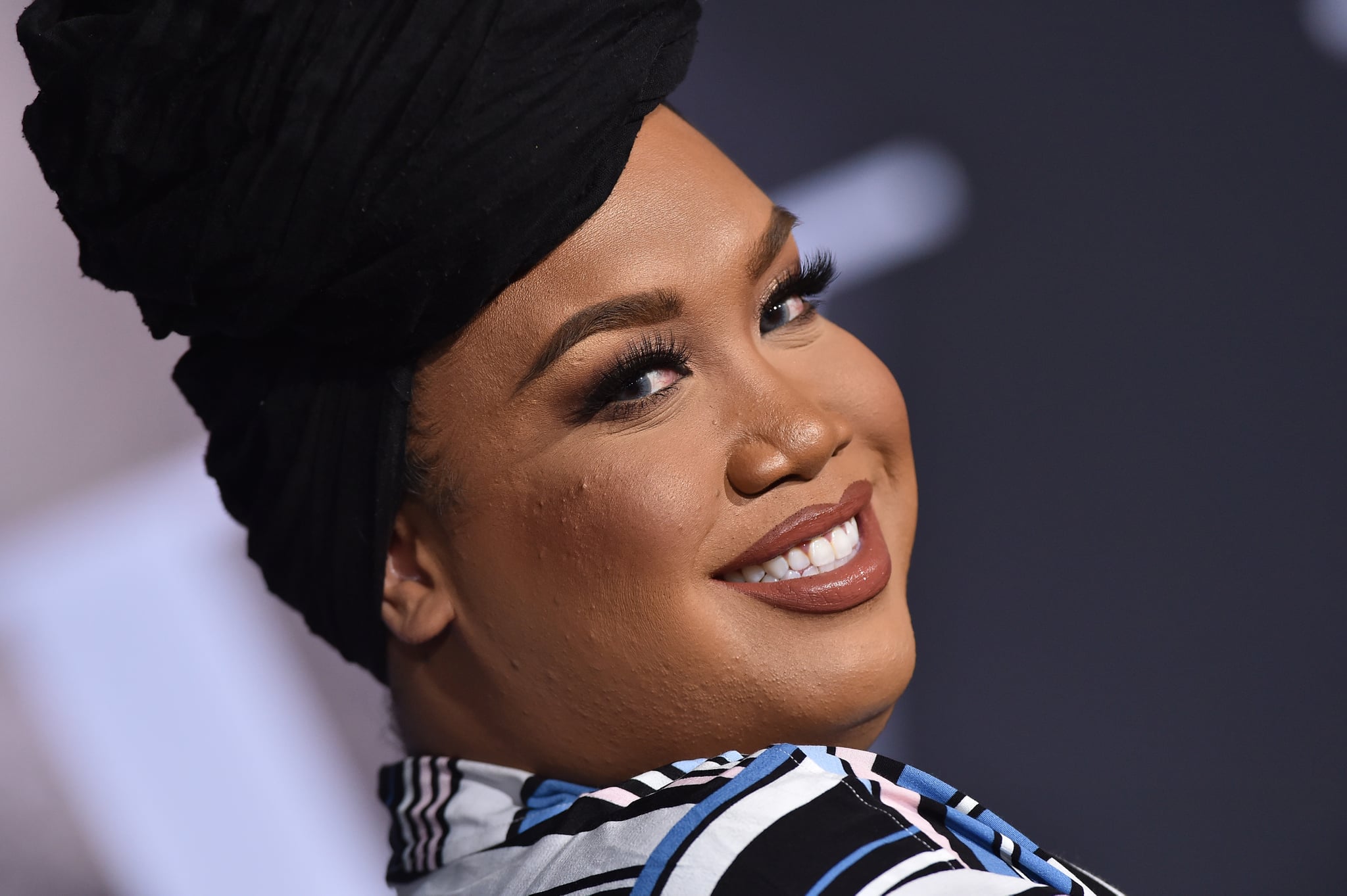 As I sat patiently in a press room on the third floor of Anaheim Convention Center — about an hour outside of LA — it dawned on me how nervous I was. "Get it together," I thought. "You've interviewed some of the biggest celebrities in the world, this is easy." But deep down I knew the reason I couldn't settle my mind, or my stomach, was because I felt out of my depth. Ignorant even.

As it turns out, no amount of Googling can get you ready to meet a YouTube star, let alone when that meeting takesplace at the biggest YouTube event of the year — VidCon. Famous isn't the right word to describe YouTube talent. It's more like mass fandom, only creators consider them friends, not fans. And what are those friends who attend VidCon like? Obsessive. Creators need bodyguards to walk through the venue because fans move with them like a swarm — all selfies, social video and declarations of love. Personal space simply doesn't exist. I even saw some jump onto creators (I mean physically launch their body into the creator's arms), and try to kiss and hug them.

Having not yet experienced any of this, I did the thing a lot of journalists brought up on traditional media will probably continue to do: Underestimate the platform and its power. The facts? People now watch one billion hours of YouTube per day, and with a strong push into programming through YouTube Red Originals — there's no denying the platform's potential to quite literally be the new TV. How many teens do you know who classify watching YouTube as watching TV? Both scary and exciting.

Locally, YouTube Australia is giving creators more support than ever before, with pop-ups inside Sydney film, television and radio school, AFTRs, and social initiatives, such as Share Some Good, which allows creators to use their voice to end online hate speech. And then there's our own Screen Australia, who is partnering with Australian YouTube creators to help them make more ambitious long form content. The key piece of advice I heard time and time again at VidCon though? Just start creating.

"I was so lonely," YouTube makeup sensation Patrick Starrr admitted when he sat down in the press room to tell me his story. "I had my little brother recording me and he was like, 'Why are we doing this?' and I was like, 'I don't know, maybe one day I'll meet Kim Kardashian.'"

Fast-forward four years, countless videos and a viral Snapchat that sealed the deal on a 20-minute-long makeup tutorial, which saw Patrick transform his favourite Kardashian, Kim. Knowing his back story makes watching the video even more endearing.

Patrick Starr — Patrick Simondac by birth — is currently based in Los Angeles, but was born in New York and grew up in Orlando.

"My middle name is Sidney," he tells me. "My mum was obsessed with Mickey Mouse so she scrambled Disney into Sidney. My brothers and I are all named after saints — Saint Patrick, Saint Peter and Saint Paul. I'm the oldest of three." Ironically, we are sitting next door to Disneyland. 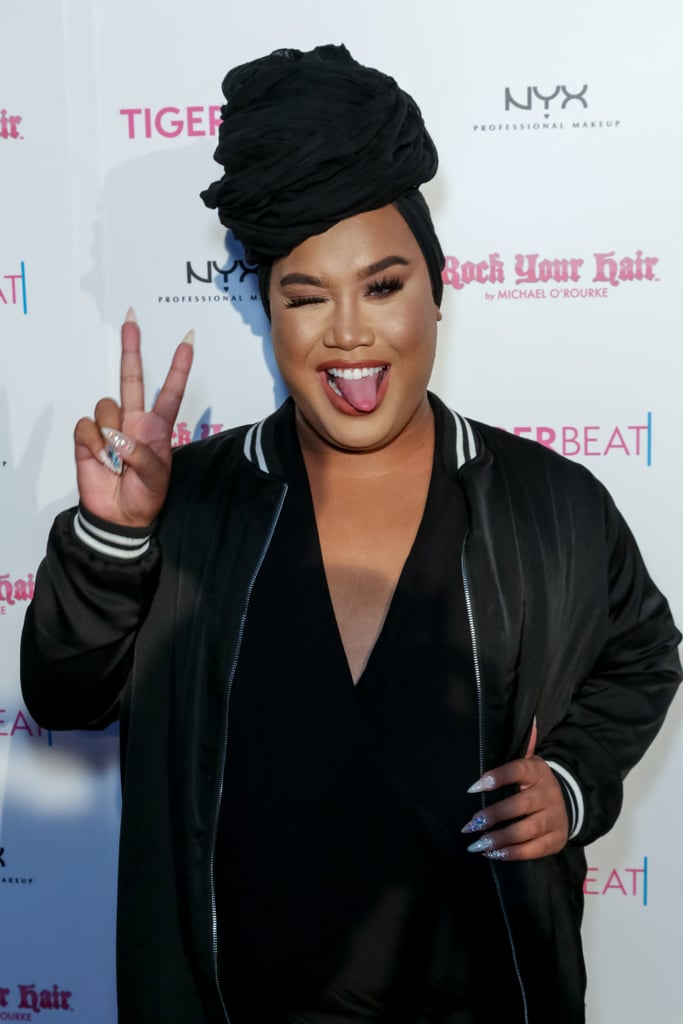 "When I first started my channel, I worked at a makeup counter in Orlando at MAC. It was the only outlet I could attain," he says. "I grew up in Orlando on five acres. The grocery store was like half an hour away, it's crazy. My parents still live there."

When he says MAC was the only outlet he "could attain", you can quickly understand how important Patrick is to an otherwise pretty traditional beauty industry. He represents a new generation of young men and women who need to see themselves on the screen, not another celebrity manufactured to perfection.

"I call it the 'ultimate minority'. I'm plus-sized, I'm brown, I'm gay and I'm not a drag queen, so it creates a conversation: 'Who is he and what is he? And how is he?' Those are all questions," says Patrick. I'll admit I had a similar line of questioning for him but upon meeting him, I didn't even need to ask. Patrick is anything you want him to be because increasingly, and thanks to the creative outlet YouTube provides for a community of global creators, he is the majority.

"If I as Patrick Starrr can transform into Kim Kardashian, or Kylie Jenner, or somebody, or have other types of beauty on my channel — black, white, Hispanic, older, younger, a man, or even wedding makeup — they're able to be inspired via diversity with the medium of makeup. It's subliminal," Patrick says.

"I call it the 'ultimate minority'. I'm plus-sized, I'm brown, I'm gay and I'm not a drag queen, so it creates a conversation: 'Who is he and what is he? And how is he?' Those are all questions."

His story to Kim Kardashian West tutorial stardom is rich with lessons in progressive parenting.

A relative had an expensive camera and Patrick asked if he could borrow it every week so he could practice photography. But it was the work he did Photoshopping makeup on images that lead to him creating looks on friends.

"I was taking people's profile photos and I would do their hair and makeup for prom and homecoming, but I was doing all of this behind my parents backs because they didn't want me to get ridiculed for being gay for doing hair and makeup. So I would hide everything in a backpack and tell them I was getting ready like, 'I'm going to Stephanie's house!'"

He remembers the moment his mum finally found out because another mother had told her how good of a job Patrick had done on her daughter's makeup.

"At a very young age I became an entrepreneur, so at 16 I was charging $25-$35. I'd package photo shoots and senior pictures. When they went to college I would do their head shots for acting, then they were getting married so I'd do their engagement and their wedding, and then they'd have a baby and I'd do those photos." 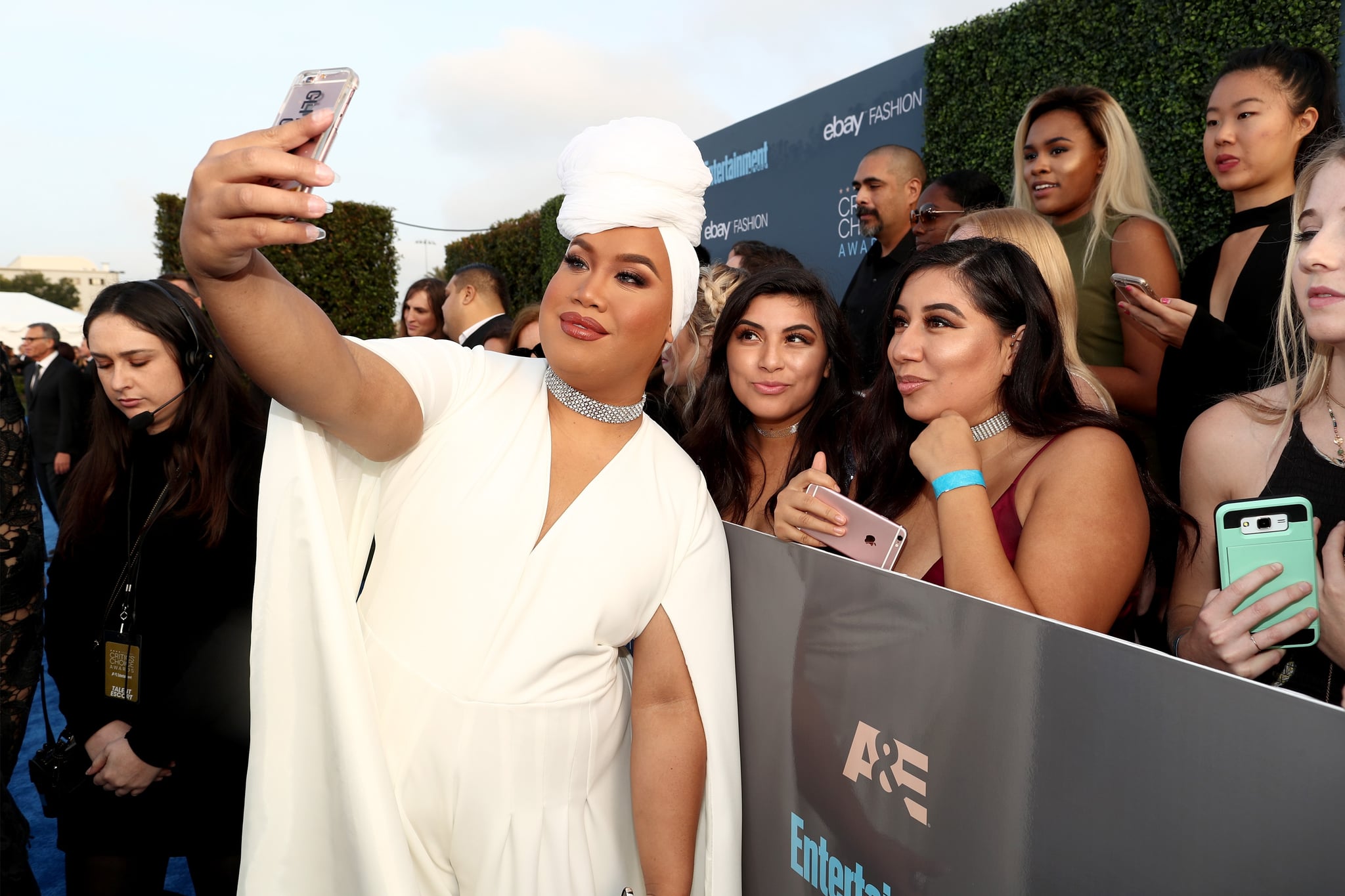 Despite what you might think watching his transformative tutorials, Patrick is self-taught. He counts Tyra Banks among his idols, but not because of her celebrity factor. "She's an entrepreneur, being a minority in her space. Me as a minority in this beauty world I thought maybe I'll just diversify so I can become socially accepted. So what Tyra did with America's Next Top Model is she used different types of beauty on her platform to exemplify all types of beauty."

So again, Patrick is much, much more than a KKW tutorial.

With a fan base of more than six million, you might not spot his focus on inclusive and socially responsible content from the outset. His humour makes his channel a destination for everyone, even young kids. 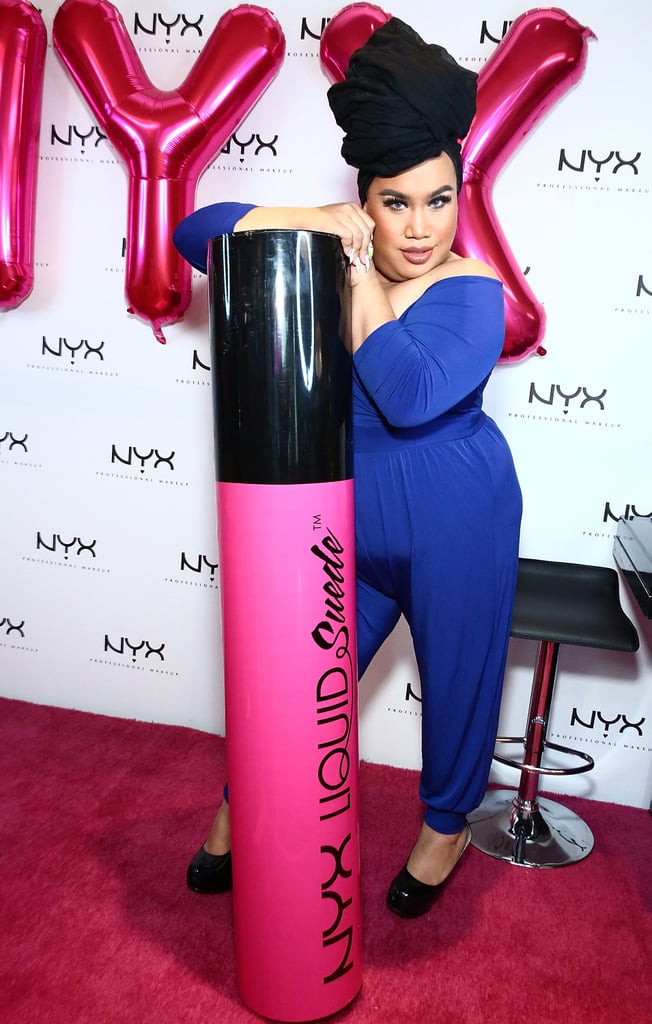 "I filter my words on my platforms because if someone eight or nine years old is reading the comments I don't want them reading negative comments, because it's my social responsibility to have a positive message. Yes, I'm sacrificing comments and engagement, but I don't want people, or my parents, reading comments like 'go kill yourself'. It's the worst," he admits.

On family, his own continues to play a huge role in his success, but like a lot of teenagers struggling with their sexuality and identity, it's been a journey he can now look back on with the benefit of hindsight.

"There was no support. I think at the time it was very 'oh my god they hate me' adolescent mind. But I have very loving parents and I don't have any cousins, aunts or uncles, or anything, so it was literally me, my two brothers and my parents," Patrick says. "I didn't have anyone else to go to. And it's like my parents said: 'Better to accept me than to lose me.' Looking back, they were defending me.

"I was able to look at them later and realise they didn't hate me. They were just trying to shelter me from the negativity out there."

When you think about it, if just Patrick is seen as a voice and entertainer for a new generation of teenagers who are growing up online, surrounded by advertiser and marketing definitions of beauty, then watching YouTube instead of TV isn't actually a bad thing at all. In fact, it's pretty hopeful.

Keen to experience the magic of VidCon yourself? This year the biggest YouTube meet-up in the world is coming to Melbourne on September 9 and 10.