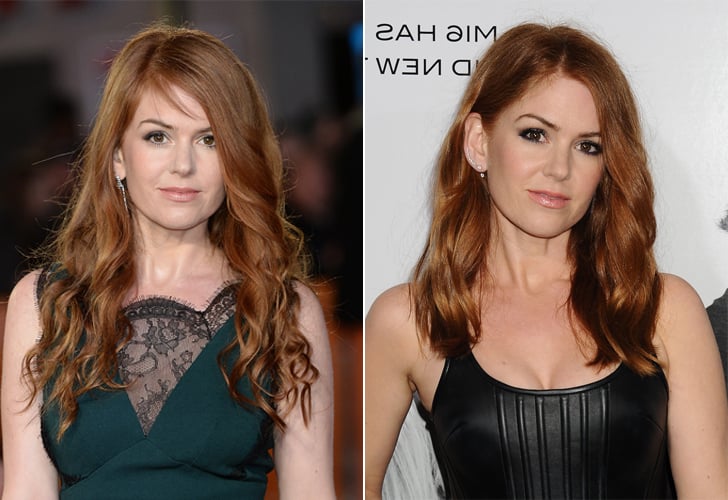 Isla Fisher's Haircut Will Convince You to Go Shorter For Autumn

Isla Fisher debuted a fresh haircut at the Los Angeles premiere of husband Sacha Baron Cohen's new film, The Brothers Grimsby. It's been a while since we've seen the actress change up her cascading strands and we must say, we're pretty obsessed with her new look.

Her stylist Adir Abergel spontaneously took off a dramatic 10 inches, transforming her style into a long lob. "We did it last minute before she went on the red carpet, about 40 minutes before she left," Abergel told People StyleWatch. "It was my idea. I came in and she was like, 'What do you want to do this time?' And I said, 'Let's do it — let's chop it off!"

Isla's new midlength cut showcases her gorgeous colour while making her mane look healthier, thanks to the freshly trimmed ends — just in time for Autumn! For all you long-haired beauties interested in changing up your look for next season, consider Isla's cut the final push you needed. Check out more shots ahead.

Skin Care
Beauty Charcuterie Boards Are a Thing, and While You Can't Eat Them, They Look Damn Good
by Jessica Harrington 4 hours ago

Hair
Balayage and Highlights Look Similar, but They're Not the Same — Here's the Difference
by Danielle Jackson 4 hours ago

Hair
4 Haircut Trends That Will Rule Your 2021 Mood Board, According to the Pros
by Kelsey Castañon 1 day ago