There to support his girlfriend, host Selena Gomez — and to score a few awards — Justin Bieber was all smiles on the MTV Europe Music Awards as he showed off his new hairstyle. Shorter at the sides and spikier at the front, we're guessing Selena will be a fan of his new 'do since she reportedly disliked his longer locks because of Justin's hair flicking! Are you a fan?

Don't forget to vote on all of my MTV Europe Music Awards polls! 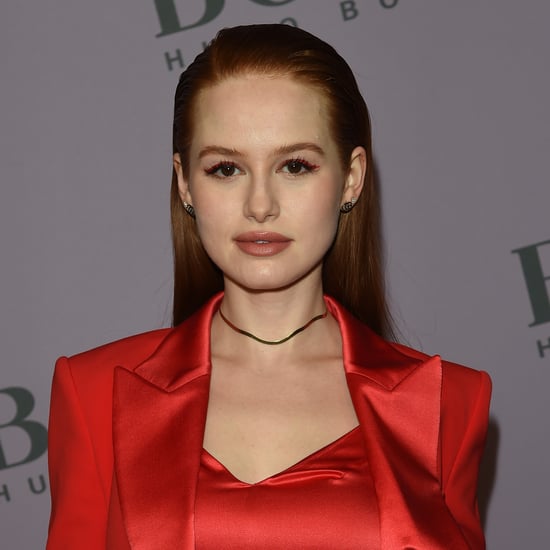 Celebrity Beauty
Angelina Jolie May Be Known For Acting, But She's Given Us a Few Useful Beauty Tips Too
by Danielle Jackson 4 days ago

Celebrity Beauty
Netflix's Cheer's Jerry Harris Is Full of Life, but His Beauty Routine Is Pretty Low-Key
by Danielle Jackson 1 week ago

Skin Care
I Tried This Outer Banks Star's Skin-Care Routine For My Acne, and It's a Game Changer
by Samantha Sasso 1 week ago

Celebrity Beauty
Dylan Minnette Just Dyed His Hair Lilac, and Wow, He Can Really Pull Off Any Colour
by Yerin Kim 1 week ago
Latest Beauty
×