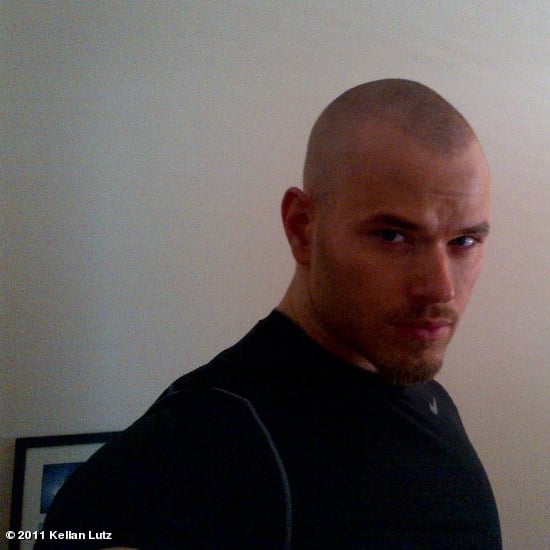 Kellan Lutz has been switching between blonde and brunette ever since he’s been in the spotlight but now it’s the haircut, not colour, that he’s changing. Currently holidaying in Sydney alongside his Aussie girlfriend Sharni Vinson, Kellan took to Twitter yesterday to farewell his dark hair, saving it into a Mohawk, before going one step further and shaving it all off. He says of his new look: “Love swimming in the ocean here in Australia with my shaved head. Brings back a lot of Great Generation Kill memories!” Fans of Kellan will of course remember that back in ’08 he wore a similar style as he was filming the TV mini-series Great Generation Kill in which he played a soldier in Baghdad in 2003. What do you think of his new shaved head?

Hair
Halsey Shaved Off All Her Hair, and Her New Look Is 10/10 on the Badass Scale
by Chanel Vargas 5 days ago

Hair
Summer's Coolest Hair Colour If You Want to Lighten Up? "Blonde on a Dimmer"
by Danielle Jackson 6 days ago
Latest Beauty
×