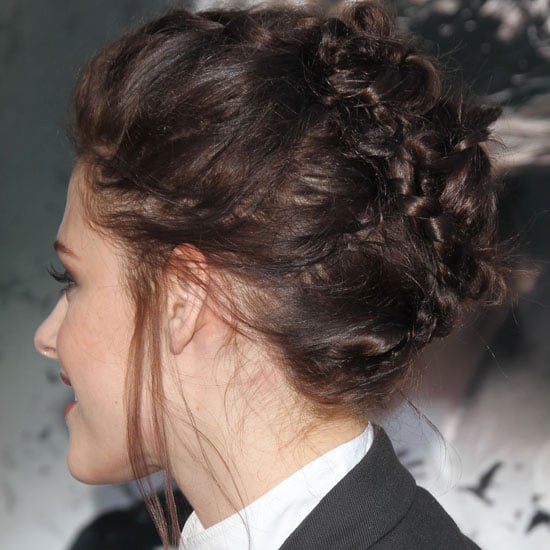 Just like it can be equally, if not more, sexy to reveal your back than the more-obvious cleavage or legs, the same theory can be applied to hairstyles. Those that are simple, casual even, up front and more elaborate in the back are a glamorous surprise. Kristen Stewart is a master at this kind of style as her latest Snow White and the Huntsman screening in LA proves. A fully-paid-up fan of volume in the front hairline, you'd be forgiven for thinking that Kristen's rocking a simple bun or ponytail but in reality, it's far more exciting: a braided-twisted, mashed up style that's equally parts cool casual and chic. Take a closer look at it now.

Hair
The Queen's Gambit Is a Nod to the '60s, From Short Bangs and Winged Liner to Lots of Glam
by Jessica Harrington 20 hours ago