Kylie Jenner just can't get enough tiny tattoos! This weekend, the reality star visited NYC artist Jonathan "JonBoy" Valena for her fourth tattoo and documented her visit on Snapchat. JonBoy etched one of his coveted stamps on Kylie's fingers, which she later revealed on Instagram as a scripted "M" on her pinky. The simple red ink perfectly coordinates with the miniature tribute to her grandmother she got earlier this year.

In exchange, Kylie left behind her stamp on Jon Boy, colouring the letter "K" with a crown for King Kylie.

The meaning behind Kylie's new design is still a mystery, but it appears that model Jordyn Woods also got an "M" symbol to match her BFF. Get a closer look at her minimalist ink below!

Hair
The Queen's Gambit Is a Nod to the '60s, From Short Bangs and Winged Liner to Lots of Glam
by Jessica Harrington 3 hours ago 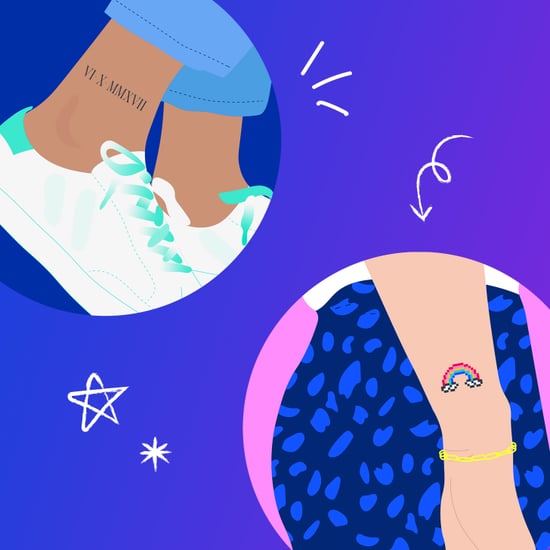 Tiny Tattoos
The No-Fail Guide to Which Tattoo You Should Get, Based on Your Personality
by Kelsey Castañon 3 hours ago

Makeup
Get a First Look at Jones Road, the New Makeup Line by Legendary Makeup Artist Bobbi Brown
by Jessica Harrington 4 hours ago

Makeup
ColourPop Is Launching a Baby Yoda Palette, Inspired by the Cutest Child in the Galaxy
by Karenna Meredith 7 hours ago