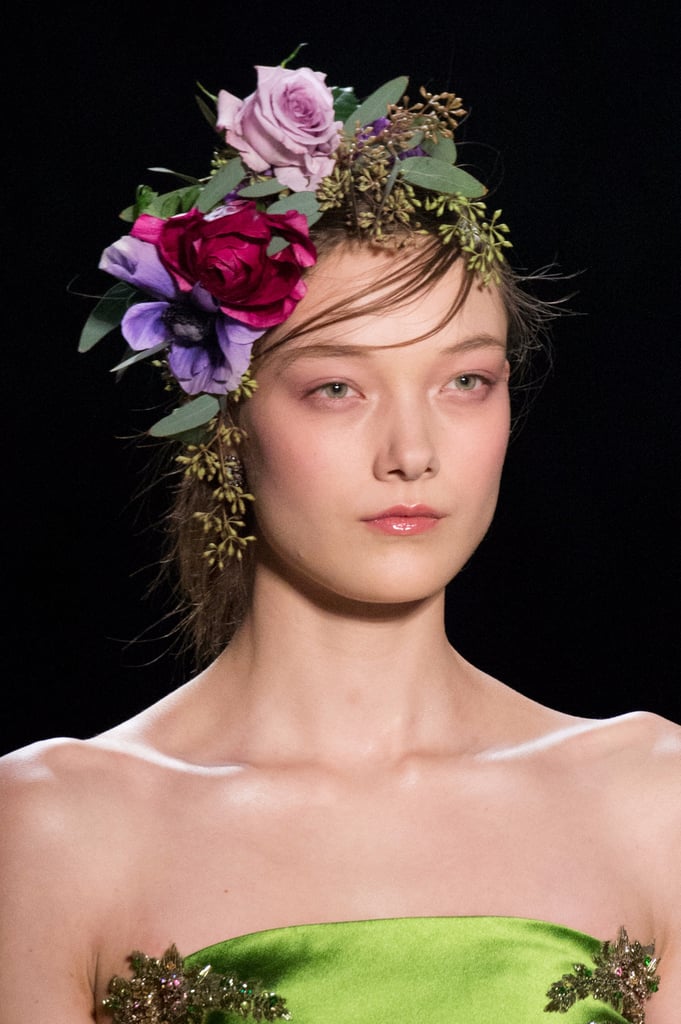 Don't you love it when beauty is as pretty as it is clever? The fresh flowers sewn into the models' hair at the Marchesa Fall 2017 show were exactly that, and we can't stop swooning over the fresh look.

We can see this totally being a practical thing for all those upcoming Summer festivals. It's also a savvy trick for bridal hair, as a way to keep flowers in place throughout the day — and dancing all night.

The Moroccanoil hairstylist team, led by Antonio Global Ambassador Antonio Corral Calero, literally used a needle and thread to create the style. They relied on a whip-stitch technique, looping the thread around the stems and through the hair, which carefully secured the colorful buds and greenery.

Three models wore the flowers, while the remaining cast wore ultra-luxurious velvet bows in moss green and inky black. The velvet bows were wrapped into a messy, glorious chignon that fit in perfectly with the sophisticated, "Imperial China" inspiration that Marchesa designers Georgina Chapman and Keren Craig had when creating the collection.

"It was about personalising the models depending on what they were going to be wearing," Calero said backstage. "What makes it to be quite modern is that there is a deep side part, and we are sweeping everything to the side, and leaving just a little bit of space in between some pieces [on the forehead]. It's fashion forward, and it's easy to wear."

The hairstylists used the Moroccanoil Dry Texture Spray ($45) to "create a little bit of texture" and to prevent the hair from looking "too clean looking," said Calero. They also used a bit of Moroccanoil Smoothing Lotion ($54) at the root "to create a bit more hydration and dimension."

Hair
Halsey Shaved Off All Her Hair, and Her New Look Is 10/10 on the Badass Scale
by Chanel Vargas 16 hours ago 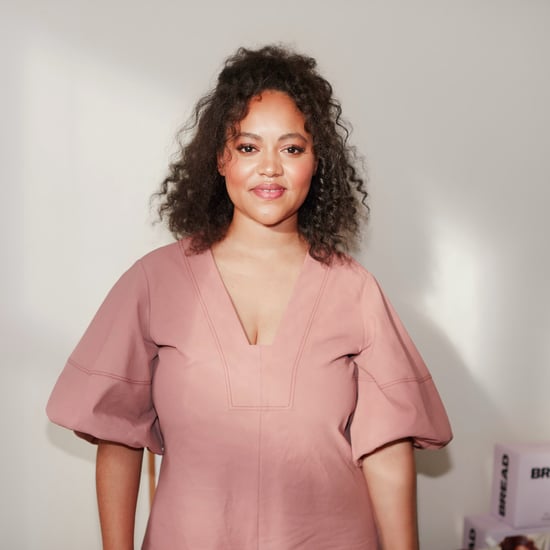 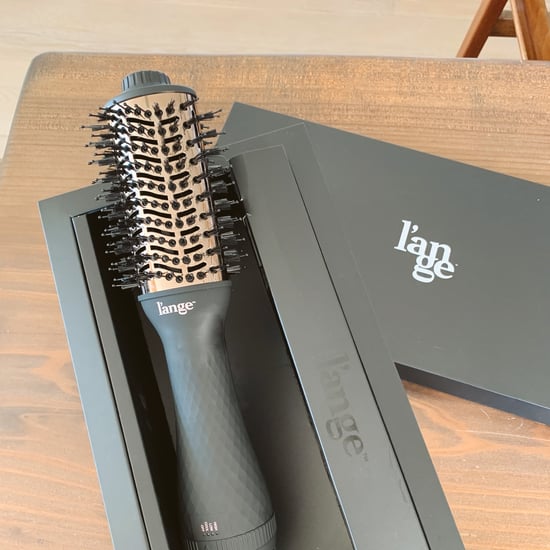 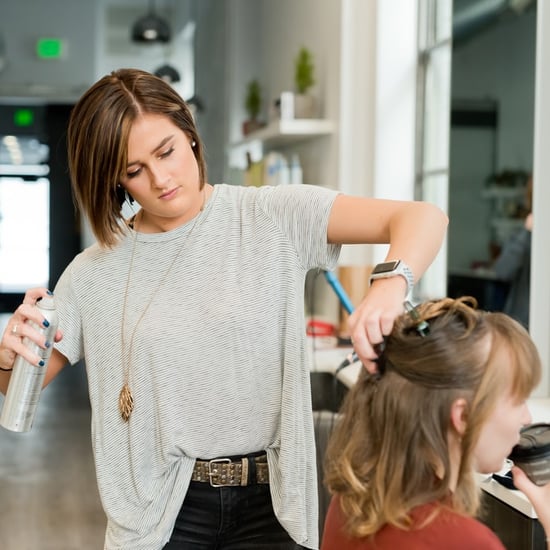 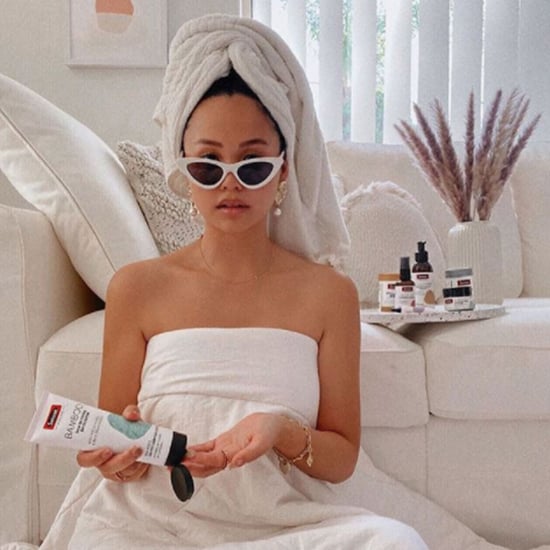 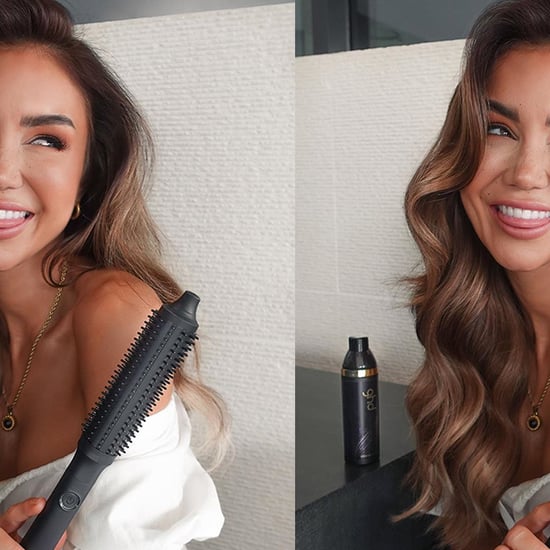