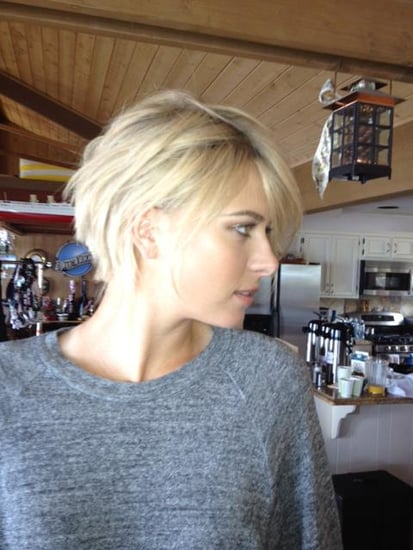 UPDATE: Maria had everyone fooled, us included! Turns out this is just a wig. A very convincing one though!

Chloë Sevigny isn't the only star sporting a shaggy crop. Tennis ace Maria Sharapova has also traded in her long locks for a new shorter style, posting a couple of pictures on Facebook and asking her almost 7 millions fans what they think. With over 33,000 likes on one of the snaps, we think it's safe to say that they like the new look! And they're not the only ones with Maria herself adding, "I kind of love it!". Maria, who turns 25 tomorrow, isn't the only celebrity to share her new haircut like this. In the past Brooklyn Decker, Hilary Duff and Selena Gomez have all taken to Twitter or Facebook to share their latest looks. See another snap of Maria's new style.