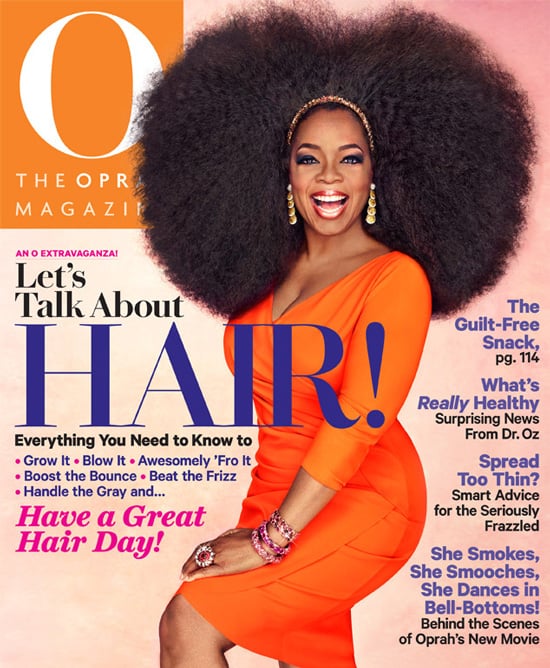 There's big hair, and then there's big hair. For the September 2013 issue of O, The Oprah Magazine, Oprah Winfrey dons an impressive one and a half kilo wig on the cover. "I wish I could say it was all mine. In fact, though, it's borrowed. And it feels like carrying around an extra head," Oprah explained. The Kim Kimble wig was reportedly shipped to the photo shoot in bubble wrap and was dubbed Wild Thang by Oprah.

Styled by Oprah's longtime hairdresser, Andre Walker, the oversize hairpiece was utilized to highlight the issue's theme of everything you wanted to know about hair, including advice on handling common styling issues. Oprah has had a bevy of hairstyles over the years, but this one ranks up there among the most memorable.

Hair
Finally, a Plant-Based Solution to Extensions Is Coming to Save Your Itchy Scalp
by Danielle Jackson 3 days ago

Hair
Debby Ryan Is the Latest Celebrity to Get a Mullet Haircut, and Now I Want One, Too
by Jessica Harrington 3 days ago
Latest Beauty
×