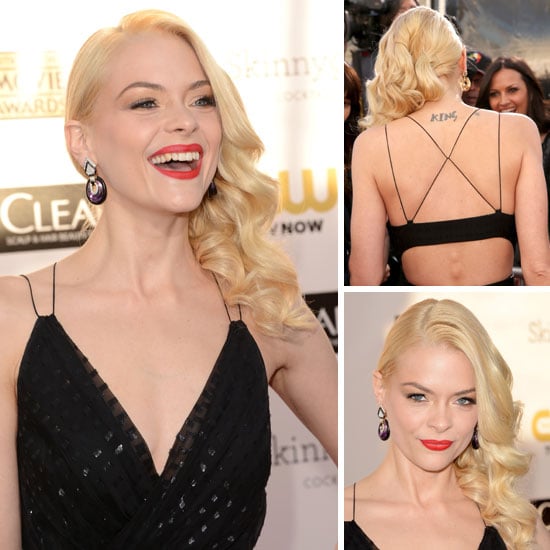 Jason Wu says Jaime King is channelling Jerry Hall at today's Critics' Choice Awards, and we think she's nailed her muse. The first celebrity to hit the red carpet at the awards show — which is often seen as a nod to the upcoming Oscars. Jaime went 1940s with a peek-a-boo bang hairstyle and classic red lips. The Heart of Dixie star also has a light sprinkling of gold eyeshadow and high drama lashes. Love. Do you?

Hair
Finally, a Plant-Based Solution to Extensions Is Coming to Save Your Itchy Scalp
by Danielle Jackson 3 days ago
Latest Beauty
×