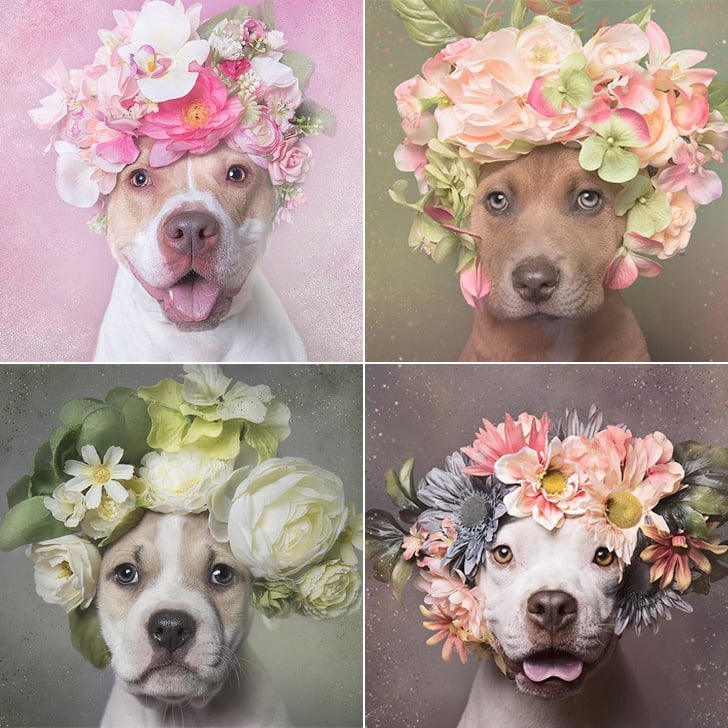 These Pit Bulls Wearing Flower Crowns Will Melt Your Heart

We believe anyone can rock a flower crown, even dogs. Thanks to Sophie Gamand, who started the #PitBullFlowerPower project, this group of furry friends can teach us a thing or two about wearing this festival staple.

According to Sophie's website, the photographer and animal activist started the project as a way to show the softer side of this misunderstood breed. "I realised pit bulls were always portrayed in very urban, gritty photographs," she said on her site. "So I decided to take the other route and portray them like hippies, soft fairy-tale-inspired characters, feminine and dreamy."

The result of her project has not only led to a viral campaign and many supporters, but it's also produced some awfully cute pit bull photos. After seeing these images, we want to adopt them all! Leave it to the pups to show humans how to rock hair accessories.

Skin Care
Beauty Charcuterie Boards Are a Thing, and While You Can't Eat Them, They Look Damn Good
by Jessica Harrington 1 week ago