Rebecca Taylor Shows Us a Modern Take on '90s Grunge

Rebecca Taylor is a master at mixing downtown cool with a hint of femininity, and her take on '90s grunge for Spring 2014 is just that. "Rebecca always likes a cool girl," said makeup artist Sil Bruinsma for MAC Cosmetics. "We wanted to go rougher on the makeup with a focus on the eyes." He created a dark, kohl-rimmed eye that had a smudged, lived-in feel. He kept the rest of the face bare with a matte finish. The edgier vibe also translated to the hair, which was styled by Rutger for Oribe. "The '90s was a raw decade where the girls didn't really do their hair," Rutger explained, so he tried to re-create that undone vibe with textured waves. "The idea is to create that imperfect look of a girl doing her own hair."

For the nails, Keri Blair for Mac Cosmetics created a bespoke colour dubbed Rosette by designer Rebecca Taylor herself. Blair combined Steamy, a hot pink, with Flaming Rose, a bold red, to form the perfect raspberry hue and complement the colours from the clothes in the collection.

Celebrity Style
Christian Siriano Designed a "Vote" Dress, and Celebrities Are Already Wearing It
by Nikita Charuza 1 week ago

Runway
Chanel's New Collection Includes a Logo Crown, and It's Going Straight Onto My Wish List
by Nikita Charuza 1 week ago 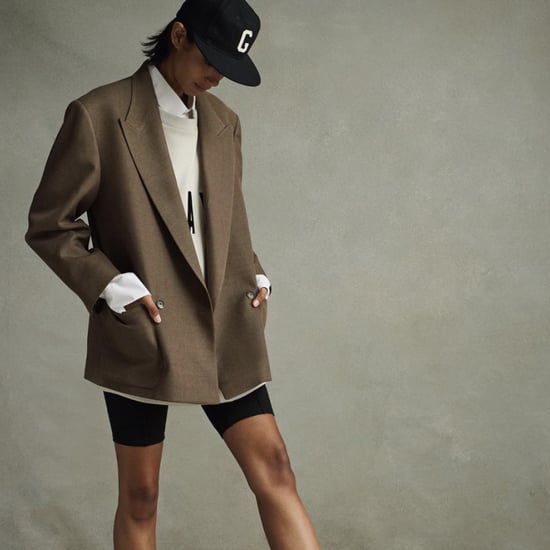 Collections
If Fashion Week Was Still a Thing, I Bet I'd Get Photographed in Fear of God's New Collection
by Natasha Marsh 3 weeks ago
Latest Beauty
×