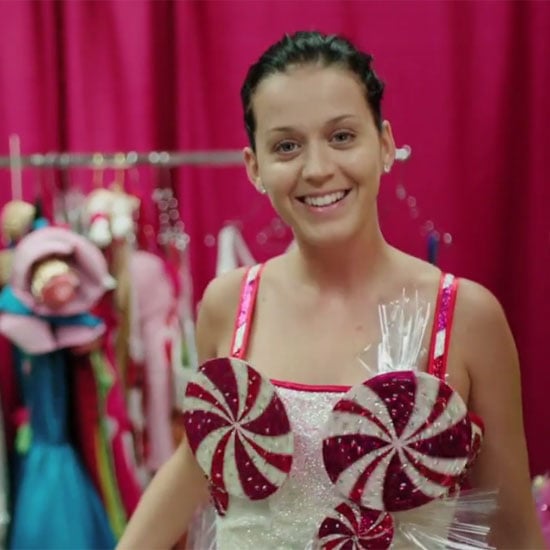 We're used to seeing her on stages and red carpets around the world in an array of elaborate costumes, frocks and who-knows-what-hair colour (at the time we hit publish, it was currently purple) but we get to see a new side to Katy Perry in her upcoming Katy Perry: Part of Me movie. Like Justin Bieber's Never Say Never, the July release traces Katy's last year both on and off the stage. And despite remaining fiercely private since her then-husband, Russell Brand, filed for divorce earlier this year, Katy did reveal on Ellen that she plans to let fans in to the painful breakup in the 3D movie: "I think it’s important to start breaking down the idea that to achieve your dream you always have to be perfect or flawless or live in some kind of fantasy world. So that’s why I decided to put everything into the film," Katy said. Something else the singer isn't frightened of? Appearing without a trace of makeup. Yep, she joins the long line of stars who have dared to go bare in recent months. Check out a sneak peek of the movie now.