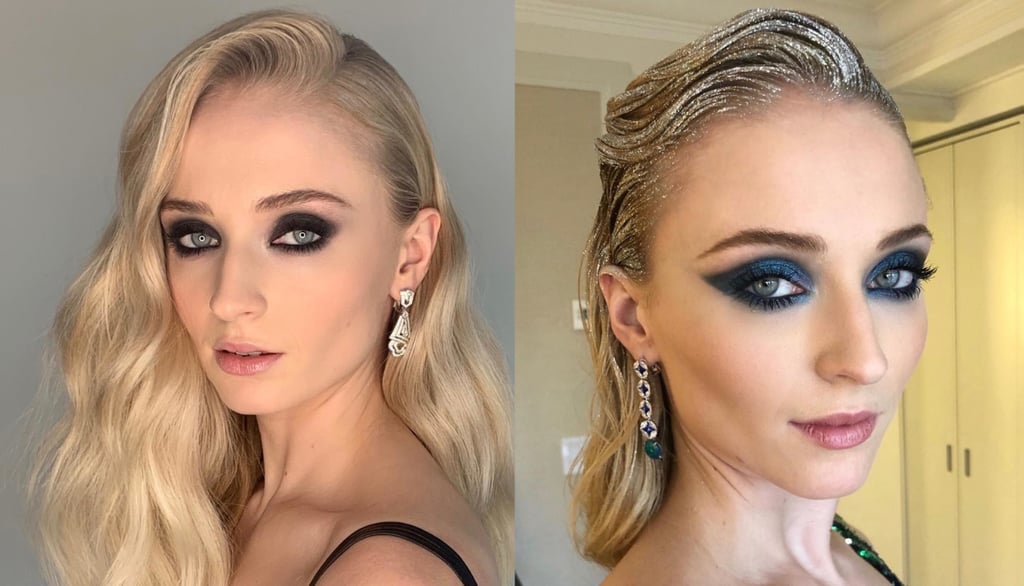 Sophie Turner has been on our TV screens since she started her eight-season run in the megahit show Game of Thrones when she was just 14 years old. Since then, she's been to her fair share of red carpet events and worked with the best makeup artists in the business, resulting in some incredible beauty looks.

Turner is certainly one to experiment both with her hair and makeup. She's tried a fringe, an icy-blond hue, and incredible Ariana Grande-style hair extensions. She's even walked the red carpet wearing silver glitter in her hair and made it look like pure futuristic elegance. In fact, she changes her hair so often, you might struggle to figure out what her natural hair colour even is.

Similarly with makeup, she's definitely not shy when playing with colours, textures, and formulas with her beauty looks. Honestly, a red lip should be her uniform because she pulls it off so well. But that's not the only bold hue she's worn. We were practically hypnotized by the intense matte black smoky eye she wore to the Game of Thrones season eight premiere, and once we'd seen her wearing white eyeliner for a night out in Mexico, we quickly threw our regular black liners to one side. Thanks to her team of hairstylists and makeup artists, we're constantly getting ideas from Turner to inspire our next beauty look. As for her wedding to Joe Jonas in the South of France, she kept her hair blond, wavy, and glamorous — and from the glimpse we got from their wedding photo, her makeup was pretty minimal and glowy.

We dug around to find 25 of Sophie Turner's best beauty looks, and they're good. But be warned: you'll want to raid your makeup stash and whip out your curling tongs immediately.

Skin Care
Chika on How PCOS Affected Her Skin and Confidence: "It's Something I Do My Best to Manage"
by Chanel Vargas 8 hours ago