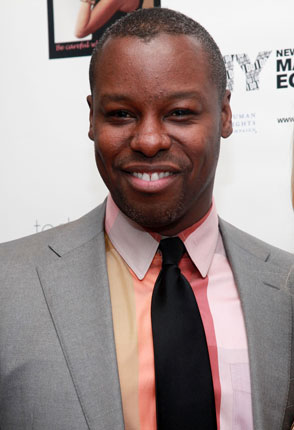 Ted Gibson has been a part of the hair industry for more than 20 years. Along the way, he has covered almost all aspects of the business, from teaching at a beauty school, to having his own product line, to owning multiple salons adn appearing on What Not to Wear. Now, his newest venture is a Facebook campaign, We Need an Oscar For Hair.

On what brought the campaign about: "I know that Bette Davis in the early '30s was trying to get her hairdresser recognised, and they shot that down. There are so many hairdressers that have created these really iconic and amazing looks. And I thought, 'It's really weird that no one has ever been honoured for it, and I want to start a campaign to let people know.'"

On why it makes sense to have a hair category along with makeup: "When it says makeup on the ballot, it's not just makeup, it's also hair. Any time that anyone that does hair for a movie, they don't do both hair and makeup; anyone working at the top of their field will do one or the other. It just makes sense that there would be a category that's strictly just for hair."

Keep reading . . .On some of his favourite examples of Oscar-worthy hair: "Some of my favourites are Breakfast at Tiffany's, of course. That little black dress would be nothing if it wasn't for that French twist and that blonde streak that Audrey Hepburn had in her hair. There's also that collage of different hair moments in the movie Mahogany with Diana Ross [and] there's Cleopatra with Elizabeth Taylor. Those specific movies have created moments in history."

On why he thinks there has yet to be a hair category: "I've talked to some people [in the movie industry] and they said they don't feel like there has been every season, every year, five Oscar-winning hair moments. And I said, 'That's crazy. There's no way.'"

On how a hairdresser contributes to character development: "[Think] Mia Farrow's Vidal Sassoon cut for Rosemary's Baby, and how the director and hairdresser came up with it in building that character. That's what they [the director, hairdresser, and actress] talk about first: the hair. And sometimes generally even before the clothes. It dictates what everything else should look like."

On an Oscars hair category actually coming to fruition: "I think it may take a little bit of time, but I think that there is going to be so much interest, they're going to have to buckle and say yes. But I'm in it for the long haul, the fight on making it a reality."

Stay tuned for more from Gibson, including a nostalgic look back on styles of movies past that he feels should have won an Oscar.

Celebrity Beauty
Barbie Ferreira Is Preparing For a Zoom Holiday, but She'll Still Be Wearing Glitter
by Jessica Harrington 1 hour ago

Skin Care
Miranda Kerr’s Hacks For Good, Glowing Skin, Including a Recipe for a Brightening Cocktail (& Yes, It's Alcoholic)
by Bree-Grant 17 hours ago

TV
The Holiday Season Has Officially Begun, and Netflix's November Titles Will Get You in the Spirit
by Mekishana Pierre 15 hours ago

Movies
It's Officially a Perfect Day: The Legally Blonde Cast Reunited For the First Time Since 2001
by Mekishana Pierre 23 hours ago