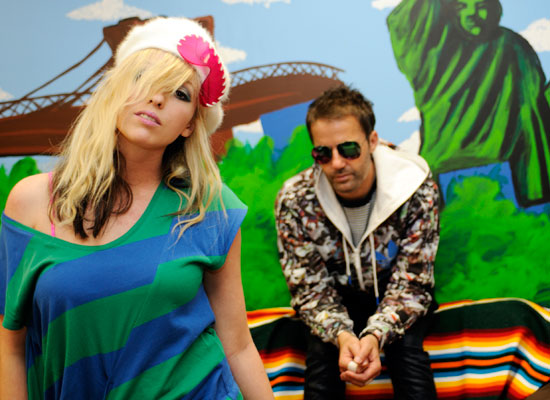 Tommy Hilfiger is getting down with the kids for its latest fragrance Loud, and what better way to do that than tapping The Ting Tings to create a song for it? News emerged this week that the pop duo have been signed to create a special soundtrack for the new scent which will launch in October. Not only that, they've even been involved on the formulation of the scent itself. Loud is a bit of a shift in gear for Tommy Hilfiger and is inspired by the 1980s and rock music. Its song "We’re Not the Same," will be used in advertising and promotion, sold on iTunes, and will also appear on the next The Ting Tings’ album. The new scent will come in two varieties, one for men and one for women. Both will be based on patchouli, but the women's will be lighter and infused with lychee. Daisy Lowe will front the campaign. Whaddya reck? Exciting, huh?