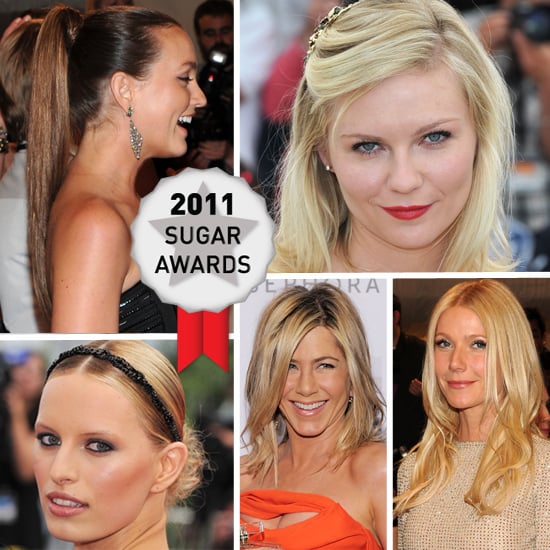 This year has seen some beautiful hairstyles that will have been copied worldwide, at home or in the salon. But which one really stood out as the style of 2011 for you? Was it Leighton Meester's poker straight ponytail from the Met Gala in May? Or Kirsten Dunst's pretty barrette-adorned bob in Cannes? Perhaps Gwyneth's sleek waves at the Met Ball were more your thing? Or Jen Aniston's new textured bob? Then again Karolina Kurkova's dual-textured up 'do with jewelled black band was pretty special too. It's a tough one alright. Cast your votes now.

THIS POLL IS NOW CLOSED.