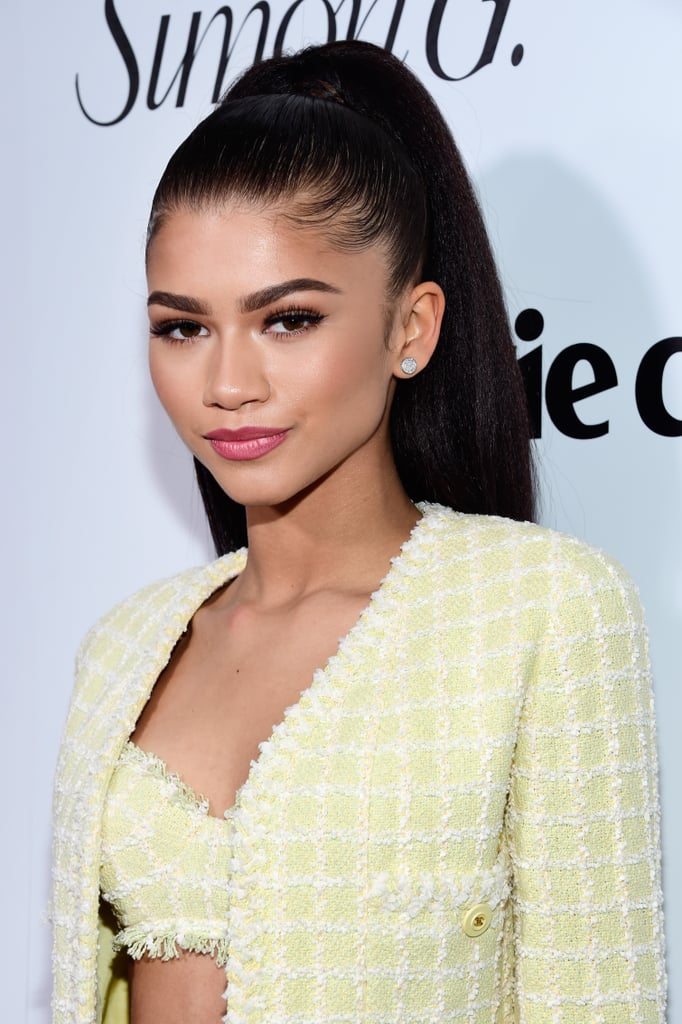 At 19, Zendaya has yet again confirmed her role as one badass beauty icon. At a recent appearance to celebrate the Marie Claire Fresh Faces issue (in which she is featured), the CoverGirl spokesperson walked the red carpet in quite possibly one of her best looks to date.

Wearing a vintage Chanel bralette and jacket, the outspoken Disney star sported a super sleek, super high ponytail that led to some pretty amazing hair flips throughout the evening. She completed the look with her signature defined brows, youthful pink lips, and a lot of megawatt highlighter.

After spending a fair amount of time staring at her Barbie-like look, I came to the realisation that Zendaya was giving us Tyra Banks's iconic character Eve from the made-for-television movie Life-Size (which also starred Lindsay Lohan). Though it might not have been entirely intentional, that similarity only made me love her even more. Read on to see the star's gorgeous style from all angles.

Hair
Balayage and Highlights Look Similar, but They're Not the Same — Here's the Difference
by Danielle Jackson 2 days ago