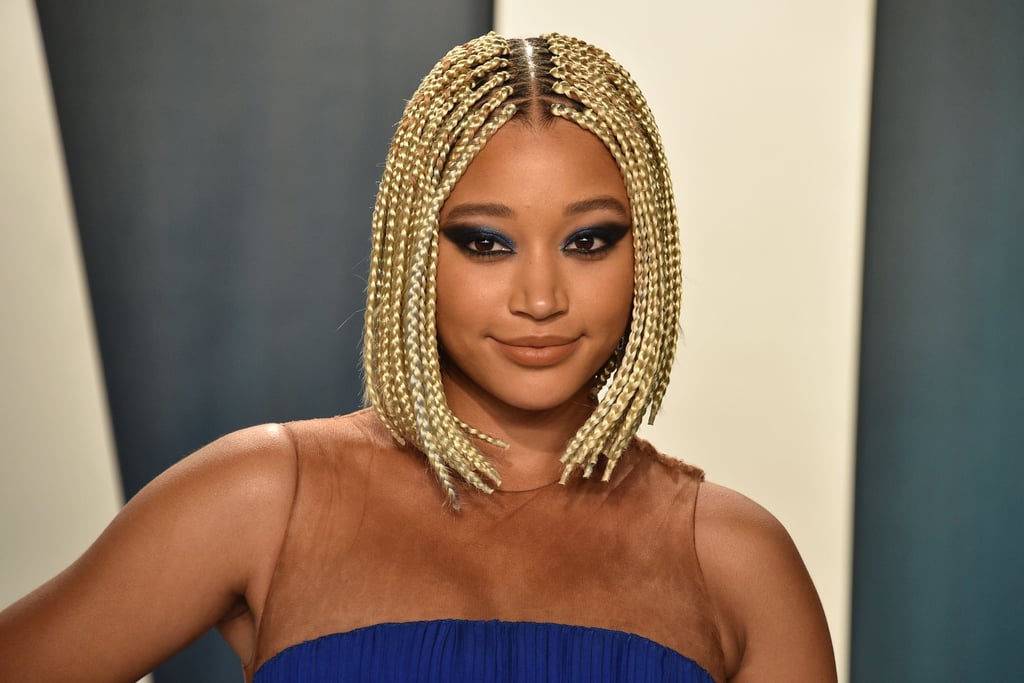 Amandla Stenberg just brought their box braids back and gave them a fun '90s twist. The Hate U Give actor was among a sea of famous faces at the Vanity Fair Oscars Party on Sunday night where they stepped out sporting a fun, blond braided bob.

The braids were done by hairstylist Mariah (Yaya) Leilani, who created small box braids throughout the actor's hair with platinum blond extensions and cut them into a chin-length bob that's longer in the front and shorter in the back. "Amandla came to me with this awesome idea of individual braids cut into a bob," she told POPSUGAR, adding that the two were stuck between a platinum and this "ice water" silver hair colour they ended up going with.

"While braiding, we just kept coming up with creative ideas — 'let's cut that, colour this, OMG let's do that,'" Leilani said. "It really was a team effort. Throughout the six-hour process, I just wanted to make sure the style was exactly what [they] wanted and nothing less."

The look is a special take on the '90s-inspired style, which saw a resurgence last Summer and has recently been worn on other celebs like Marsai Martin. Read ahead to get a closer look at Stenberg's braids at the Vanity Fair Oscars Party.