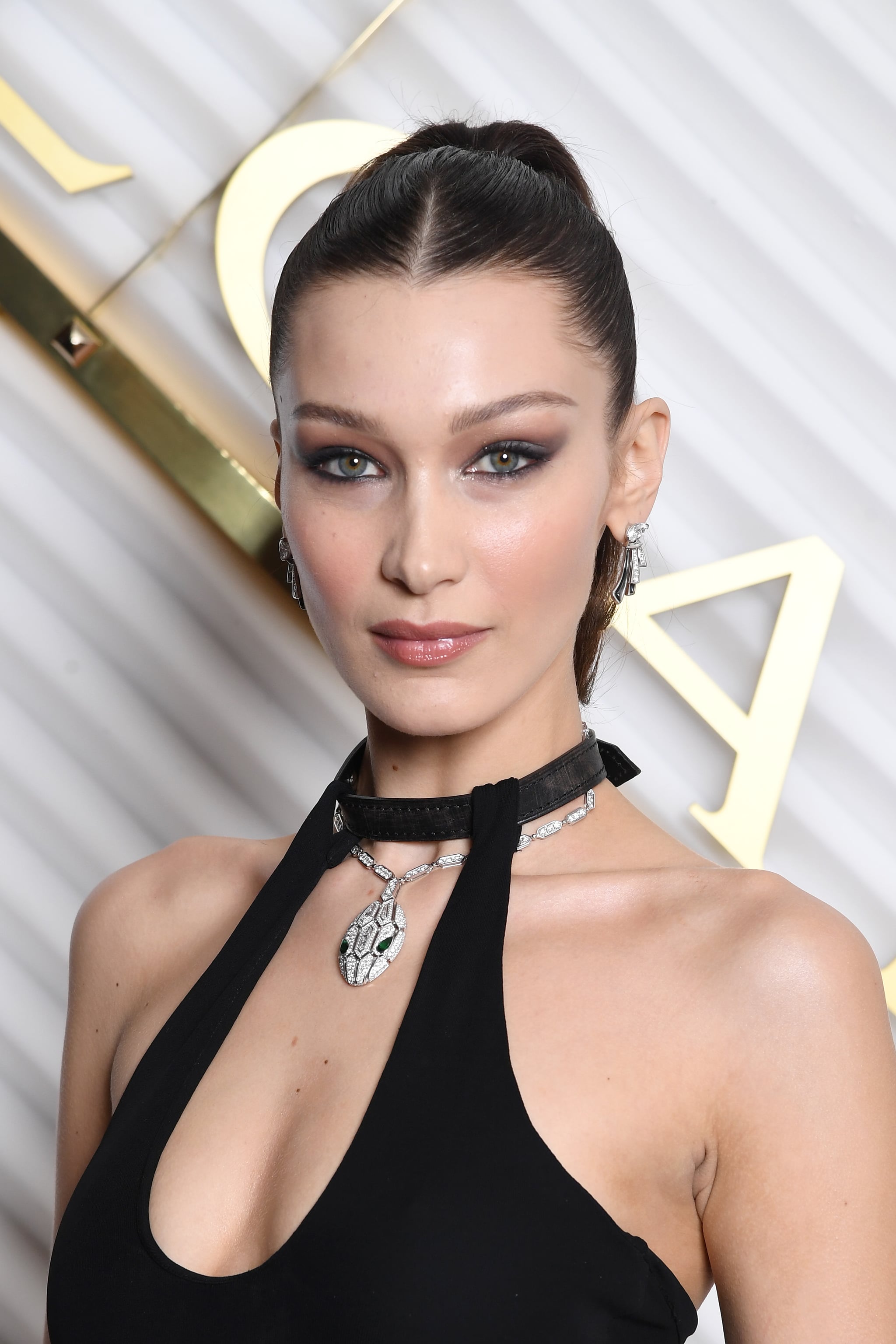 It looks like Bella Hadid just added two new tiny script tattoos to her minimal collection of ink. Celebrity tattoo artist Dr. Woo shared photos on Instagram on Nov. 22 of the script tattoos and tagged Hadid in the caption that reads, "Some writings for the always kind and lovely @bellahadid."

The writings in Arabic are located on the outsides of her shoulders, and while neither Hadid nor Dr. Woo commented on their meanings, they translate to "I love you" and "my love." Much like her two existing pieces of body art, the new tattoos are delicate, but they are significantly larger than her existing rose and wing tattoos.

This is Hadid's first time getting tattooed by Dr. Woo, but he's inked some of the biggest names in Hollywood. Justin and Hailey Bieber, Joey King, and Demi Lovato, to name just a few, all have ink by the New York City-based tattooist.