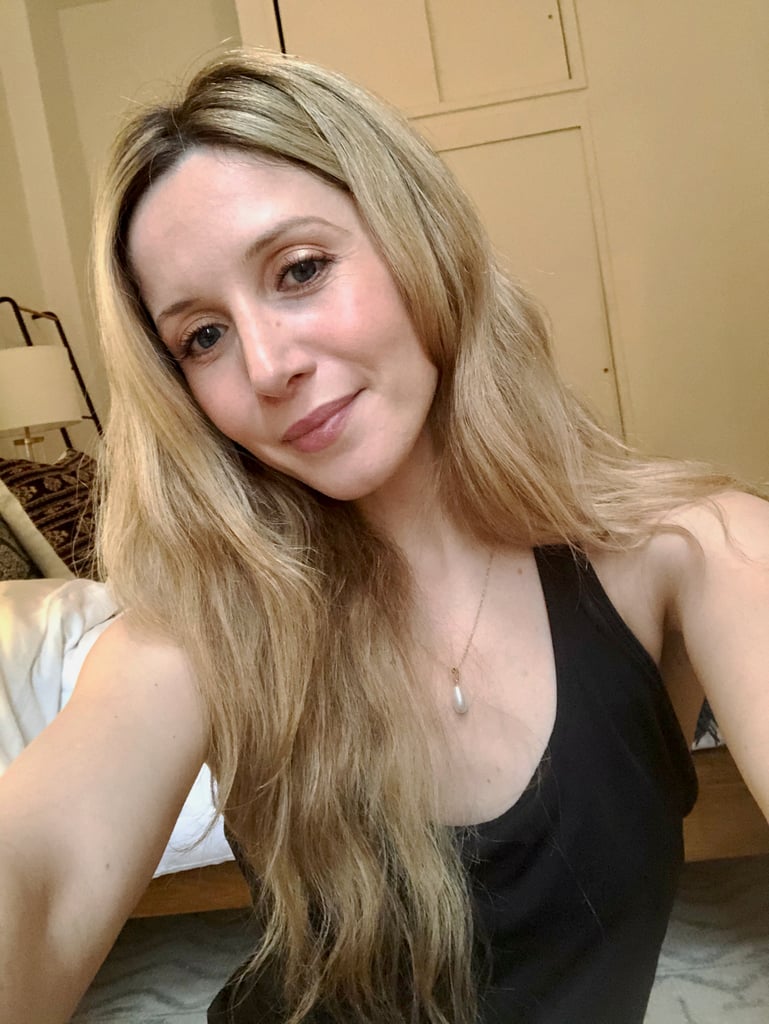 Though I'm told I have combination skin by most aestheticians, my face has been d-r-y lately. (Technically, I suppose the term is dehydrated.) On the heels of winter, my chin, nose, and undereye areas have been particularly fatigued, and I'm flaking and peeling in said areas more than I can ever recall (apologies for the unsavory visual). I've been experimenting with a few new hydrating products to combat the dryness. Though it's a work in progress, I must deem one as my current hero: Charlotte Tilbury's Magic Cream Moisturiser, a cult-favourite among editors and beauty devotees alike.

I've heard stories about this "magic" moisturising formula over the years, but for some reason, I never felt motivated enough to try it. Perhaps my developing interests in serums, oils, and acids deterred me. After all, moisturiser seems so mundane when you compare it to the promises of brighter, tighter, and smoother skin that several potions have captivated me with recently. Still, after reading a few recent reviews from editors I know and trust, I officially became fixated on the creamy formula and had to give it a go.

After working my way through about half a jar, I've started noticing a difference in my skin, and if I may, the glow-up is real. For starters, the whipped texture is what I imagine clouds feel like: pillowy soft and light as air. I love the smell, too. The mild aroma is exactly how I believe a whiff of fluffy clouds would be: clean with warm notes of just-out-of-the-dryer freshness. Delightful, yes?

As the second to last step in my skin-care routine, I've been layering the creamy moisturiser over a serum or two. Dr. Barbara Sturm's Hyaluronic Serum has been a consistent first step that I top with Naturopathica Vitamin C15 Wrinkle Repair Serum during the day or Joanna Vargas' Supernova Serum at night. For an extra boost under my eyes before bed, I'll occasionally add in Truebotanicals Deep Repair Eye Serum. When I slather on the moisturiser, I have a pretty heavy hand (I've been reading about the "cream skin" trend and find myself gripped by the practice of pairing down one's skincare regime and applying a thick layer of moisturiser for long-lasting, locked-in moisture). My final step is a few dabs of SkinCeuticals' A.G.E. Eye Complex at night, and in the morning, I finish with my favourite Image Skincare SPF 50 sunscreen.

The result? Plumper, glowier, more hydrated skin. Plus, a lot more time on my hands after cutting a few other products out of my routine. With hyaluronic acid as part of the formula, the magic cream is definitely helping hydrate my skin on a deeper level. On the surface, it also feels a lot lighter, which makes it more ideal for wearing under makeup than other goopy formulas I've tried recently. It might be in my head, but I'm quite sure the fine lines around my eye, lip, and forehead area look a bit smoother. At the very least, this moisturiser feels incredibly luxurious; it's one I'd certainly use again when this jar runs out.

Skin Care
The Power of Beauty Treatments Amid the Pandemic: "Human Touch Is More Precious Than Ever"
by Jessica Harrington 2 weeks ago
Latest Beauty
×