More and more people are opting to wake up with perfectly done eyebrows, lips, and eyeliner, courtesy of permanent makeup. It sounds like a dream, doesn't it? Chances are you're already familiar with microblading — a type of cosmetic tattooing that yields perfectly filled-in, manicured brows — but the category of cosmetic tattoos spans far more than just that. Lip blushing, eyeliner, blush, freckles, and scar coverage are all additional forms of permanent makeup that are growing in popularity.

"Cosmetic tattooing is so much more than the old school brows you are used to seeing on your great aunt," Shaughnessy Otsuji, cosmetic tattoo artist and cofounder of Studio Sashiko, told POPSUGAR. At her studio, services such as microblading, scar camouflage, freckle tattooing, and areola tattooing are all offered, but two procedures reign supreme. "A fresh face of freckles to go with your fluffy brows has become a Studio Sashiko staple."

Whether you're looking to recover brows that you over-plucked in the past or want to add a touch of pigment to your lips, you'll want to do your research before going under the needle. You are talking about permanent makeup, after all. Keep reading to learn more about different forms of cosmetic tattoos.

Microblading has exploded in popularity over the last few years, and is the most widely known form of cosmetic tattoos. "Nowadays, semipermanent eyebrows can now be created with an incredible amount of detail and depth for the most realistic-looking cosmetic tattoo," said Otsuji. "They come in any style you can imagine, such as clean and groomed, bold and arched, or my personal favourite — wild and fluffy."

Otsuji credits the then-trendy stick-thin brows of the 1990s and early 2000s for making microblading so popular, but that's not the only reason people choose to get their eyebrows tattooed on. "Clients with autoimmune diseases such as alopecia, those who have gone through chemotherapy, and those who suffer from other forms of hair loss take up a large portion of our client list," said Otsuji.

Like with any type of tattoo, the ink begins to fade after some time, which means touch-ups are required to keep your brows looking like new. "Microbladed eyebrows can last anywhere from one to five years with 'refreshers' recommended once a year," said Otsuji. "Generally speaking, the darker the ink, the longer it will last. Lighter blond tones tend to fade faster as the contrast with the skin is not as prominent." 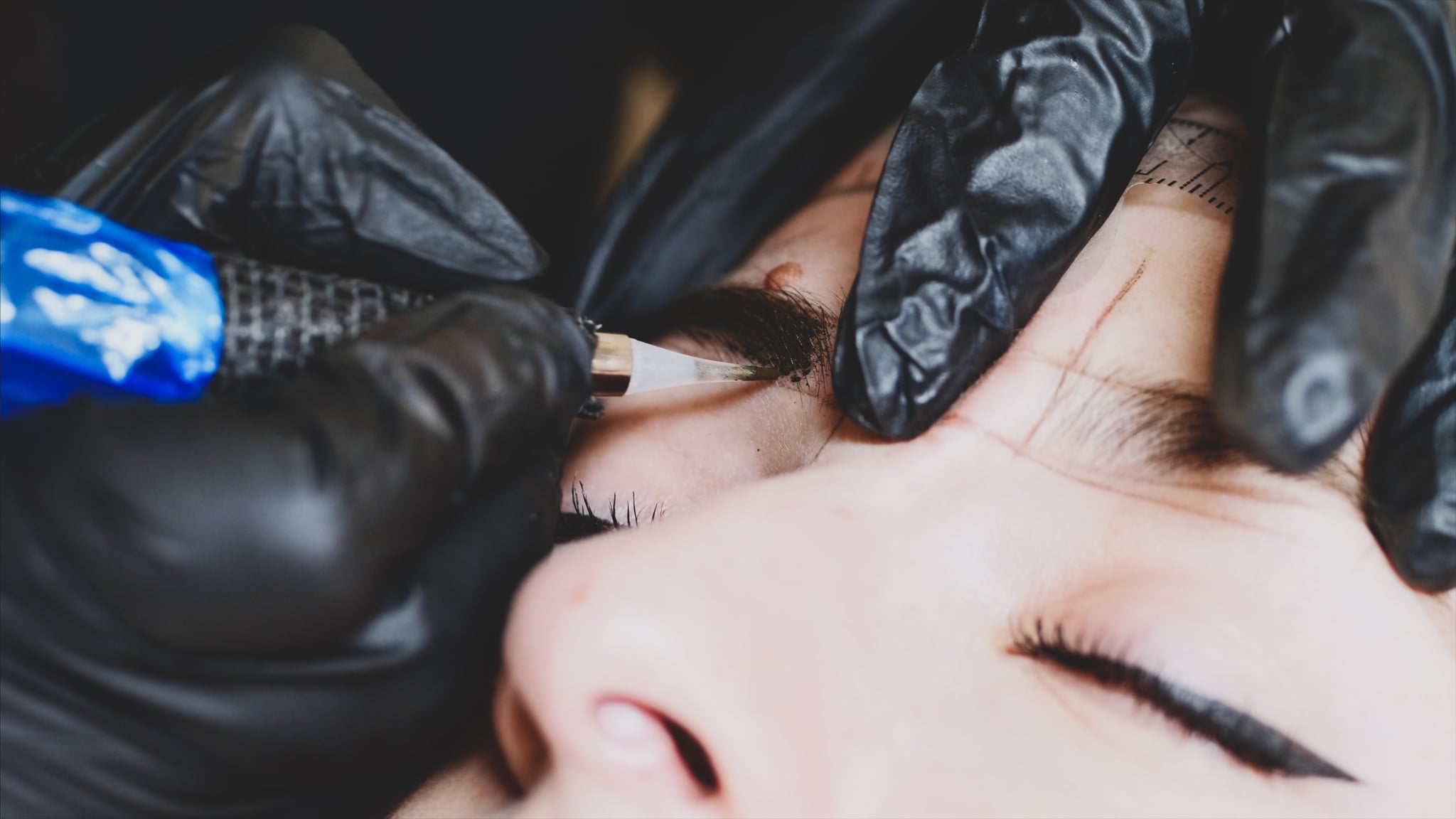 Otsuji dubs faux freckles as the second-most popular service offered at her studio, but not every cosmetic tattooist offers this service. "A sprinkling of natural-looking faux freckles creates a youthful, sun-kissed look and perfectly accompanies a makeup-free look," said Otsuji. "We offer freckle tattoos on the nose, cheeks, all over the face, shoulders, collarbones, and pretty much anywhere the sun would naturally hit."

The key to making tattooed freckles look natural is colour and placement, which your tattooist should customise to your face. Due to sun exposure, skin-care products, and your skin's natural oil-production, tattooed freckles last anywhere from a year or two before they begin to fade and require a touch-up.

"Eyeliner [is] becoming increasingly popular," said Otsuji. This type of permanent makeup involves adding black or brown ink to the lash line of your eye to give off the impression of freshly-done eye makeup. Generally, it can either look like distinct eyeliner or it can give off the appearance of fuller lashes, depending on where the tattoo ink is placed.

Similar to freckle tattoos, tattooed eyeliner lasts about a year or two.

Lip blushing is popular among people who lack natural pigment in their lips, want to enhance the natural shape, or want to add fullness to their lips. At Pfrank MD Skin Salon, lip blushing includes lining and filling in the lips with a shade that's customised to the individual. "There is little to no downtime, minimal discomfort, we custom-colour match, the procedure is done in two to three visits, so you get exactly what you want, at the pace you want," said Christopher Drummond, licensed aesthetician and microblading and cosmetic tattoo master at Pfrank Skin Salon. "Darker skin can be more complex, but can definitely be worked on. This is a great procedure to blend or even out lip colour, add colour, or define the lip's shape."

Due to sun exposure and exfoliants, lip blushing tends to last about one to two years before needing a touch-up. 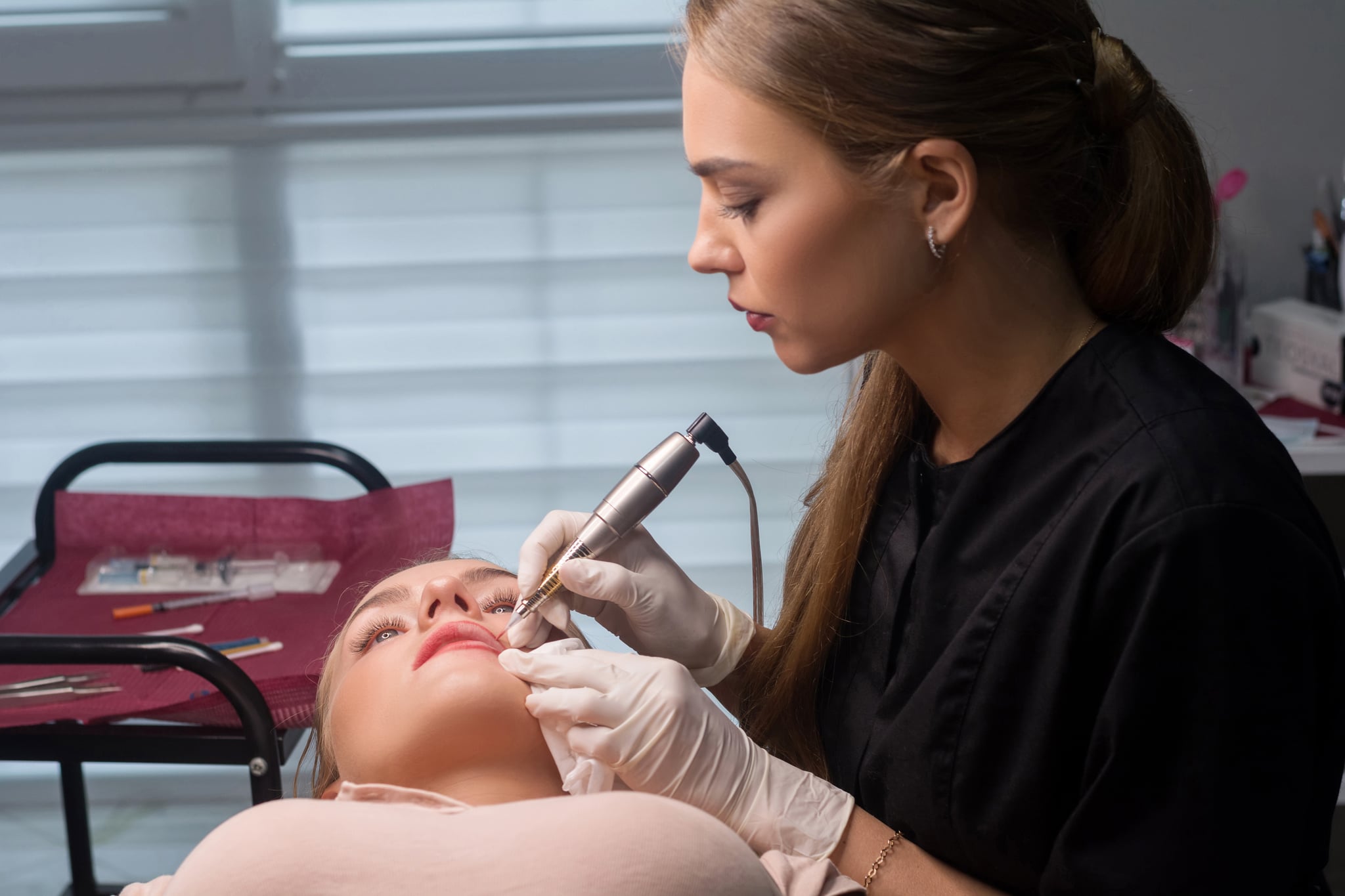 Cosmetic tattoos are not limited to areas on your face like your eyes or cheeks — areola tattooing, scar camouflage, and scalp micropigmentation are services offered at most studios. Areola tattooing specifically is often done on mastectomy patients or someone who's undergone reconstructive surgery. "These tattooing services are also offered to those who may just be unhappy with the natural colour, shape, or placement of what they were born with," said Otsuji. "If you have scarring or areas of skin that have lost pigmentation, a custom-matched pigment can be used to blend into the surrounding skin."

Like most noncosmetic tattoos, areola tattooing is considered permanent, but occasionally a touch-up is needed because it can be difficult for scar tissue to retain pigment.

The Risks Associated With Cosmetic Tattooing

Like with any type of tattoo, cosmetic or other, there are some risks to consider. "The biggest risk with this procedure is going to be if you go to someone with insufficient training or experience," said Drummond. "You need to do your research before committing to a professional." Otsuji added: "Look at plenty of portfolios, book consultations, ask questions, and choose an artist that suits you best."

Drummond advised that incorrect colour, placement, and application are just a few of the risks that come with not seeing a fully trained professional. "As far as the procedure itself, there are minimal risks," he said. 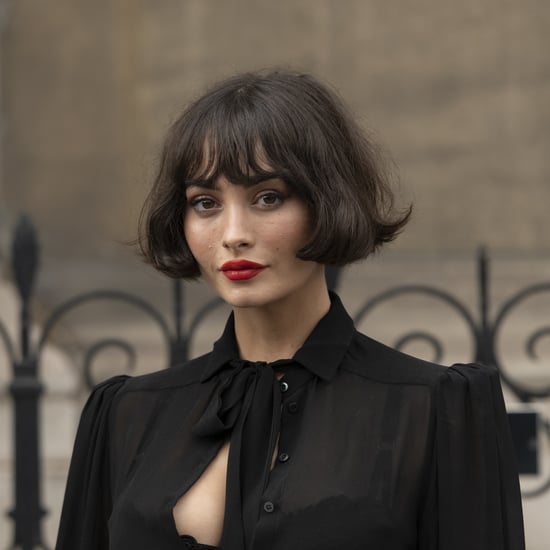 Beauty Expert
Your A-to-Z Guide to Every Type of Bang You Can Get, Because the More You Know
by Kelsey Castañon 3 days ago

Skin Care
Beauty Charcuterie Boards Are a Thing, and While You Can't Eat Them, They Look Damn Good
by Jessica Harrington 5 days ago

Hair
4 Haircut Trends That Will Rule Your 2021 Mood Board, According to the Pros
by Kelsey Castañon 6 days ago

Makeup
The Best Long-Lasting Lip Stains For Winter That Won't Budge, No Matter What
by Jessica Harrington 1 week ago