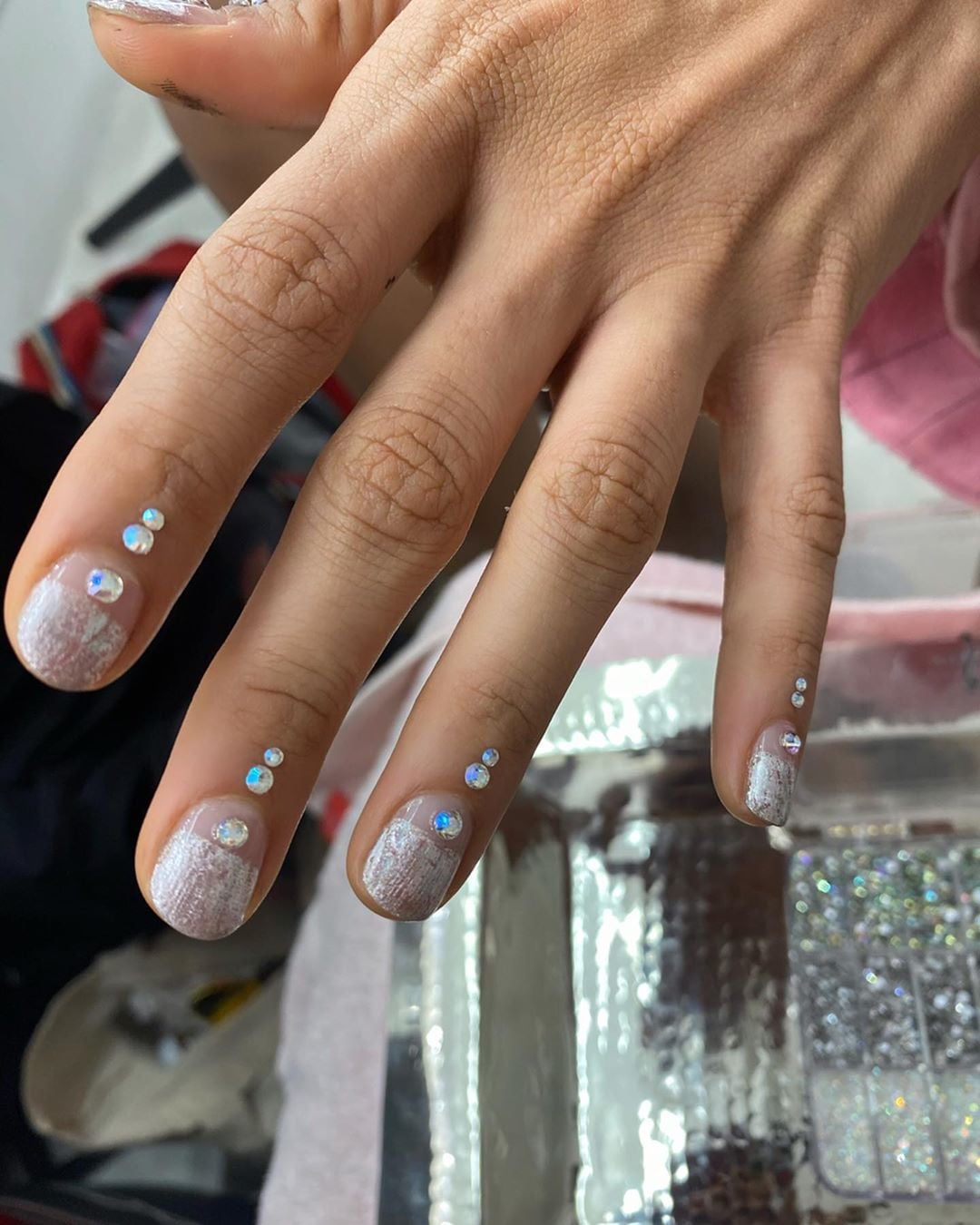 Jameela Jamil was recently photographed for Vogue India Beauty, where she showed off a few of the makeup looks she did herself and her manicure, which might just be the inspiration for our next DIY nail-art project. For the shoot, the Good Place star wore a design with the top half of her nails painted a silver polish, with tiny rhinestones dotted along each of her fingers.

The nail look was the work of New York City-based nail artist Julie Kandalec, who's also made manicure magic on stars like Camila Cabello, Millie Bobby Brown, and Halima Aden, but the look has also been picking up speed around the globe. Rhinestone nails were popular on the runways during London Fashion Week this year, for example, so we're not surprised to see the style being re-created on some of our favourite celebs.

If her manicure wasn't cool enough, Jamil also acted as her own makeup artist for the shoot, impressively nailing her classic winged eyeliner and finishing the look with some bright red lipstick. Keep reading for a behind-the-scenes image of Jamil's nails from the shoot, courtesy of Kandalec. 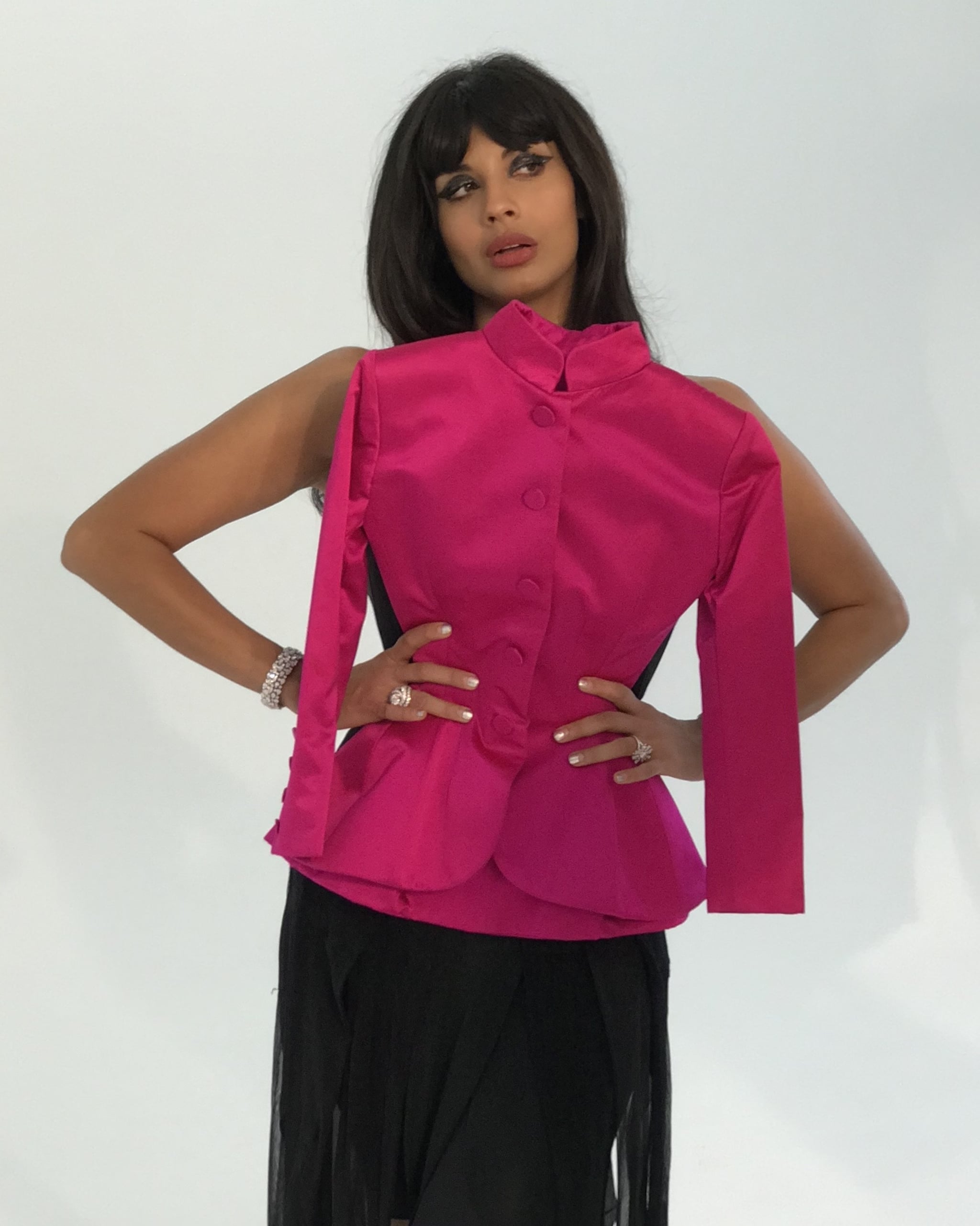 E.L.F. Cosmetics
Alicia Keys and E.l.f. Cosmetics Are Teaming Up to Launch a New Lifestyle Beauty Brand
by Danielle Jackson 1 day ago

Celebrity Beauty
Michelle Obama Talks Her At-Home Beauty Routine: "I've Gotta Figure Out How to Do It"
by Victoria Messina 2 days ago

Skin Care
This Moisturiser Completely Replaced My Highlighter, and These Pictures Prove It
by Jessica Harrington 2 days ago