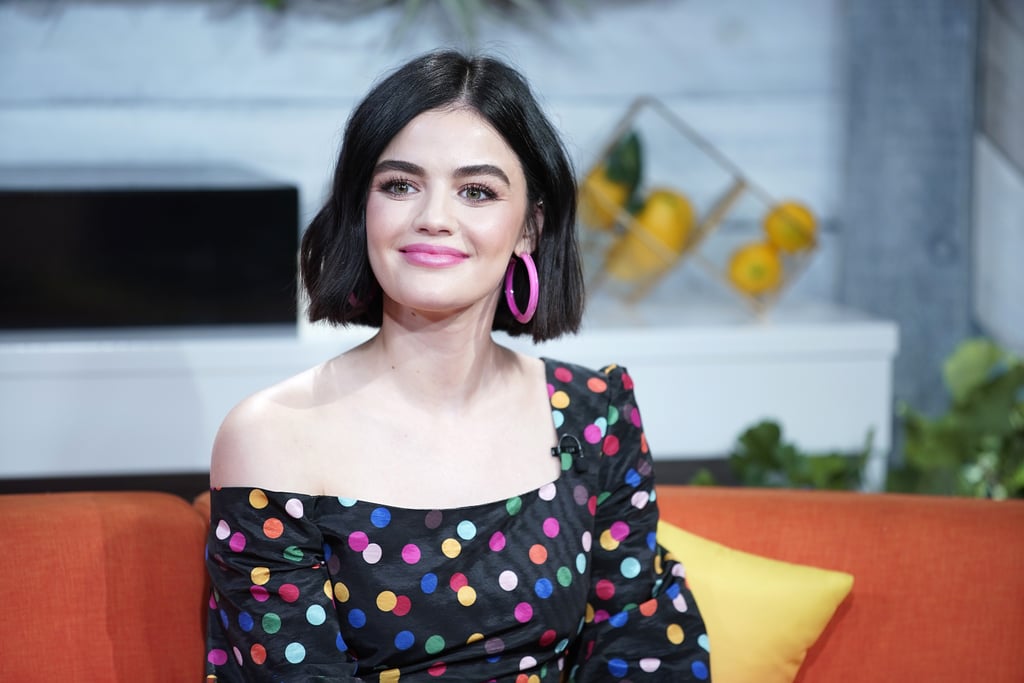 It's been a while since our favourite celebs have blessed our Instagram feeds with their stunning manicures and nail art, but now that some restrictions are lifting, it's back to business (sort of) for many of them. Just as folks like Kylie Jenner and Megan Thee Stallion have reunited with their glam teams and showed off their new looks on social media, so has Lucy Hale, who shared a picture of her new manicure on June 24.

Just days after revealing a few new tattoos in honour of her dog, nieces, and nephew, the Katy Keene actress showed fans her negative-space flower manicure via her Instagram stories earlier this week. The look was created by celebrity manicurist Thuy Nguyen, who's also worked with Joey King, Reese Witherspoon, and Issa Rae, among plenty of others. The nails feature a plain, glossy base with flowers painted near her cuticles. Get a look at Hale's new manicure, and then check out other celebs who have reunited with their nail techs.