Like many of us, Megan Rapinoe had been in desperate need of a haircut and finally tapped her partner, Sue Bird, to trim her thick, purple-pink "mop." But unlike most of us, the couple got real-time assistance from friend and celebrity stylist, Riawna Capri. During a recent episode of Rapinoe and Bird's Instagram Live series, A Touch More, Capri walked Bird through cutting Rapinoe's hair, and we couldn't stop laughing.

Rapinoe and Bird created an at-home salon experience for the cut, complete with a cape, styling products, various combs, and clippers they purchased at CVS. "You guys, this could be bad . . . but also could be good," the USWNT star said before Bird began clipping away. While watching Bird cut Rapinoe's hair was stressful, to say the least, it was also pretty hilarious to see Rapinoe being a "backseat driver," and looking a little nervous.

Amy Schumer Is Cutting Her Whole Family's Hair at Home, Even When They're on Camera

Capri offered diligent feedback while demonstrating every cut and shave throughout, and we have to say, the end result is really impressive. Even Rapinoe approved of her new look, and was excited about her "real haircut." Whether you're also in need of an at-home cut or want a laugh, check out the video above, and start around the 22-minute mark to watch the hair cutting commence. 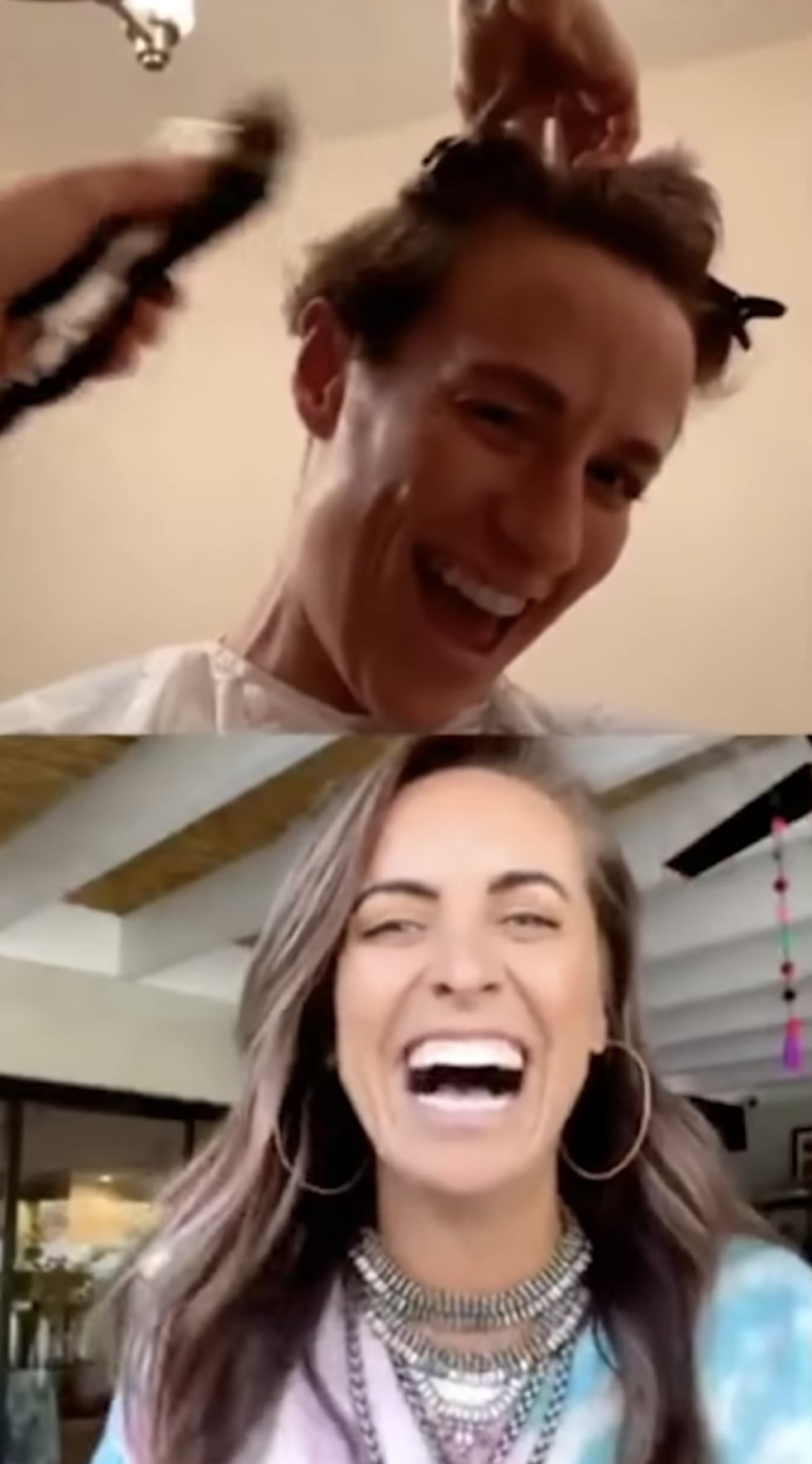 Celebrity Hair
Experts Agree: These Are the 9 Best Hair Colours For Darker Skin
by Nykia Spradley 2 hours ago

Staying Home
These Pride Zoom Backgrounds Are Fun, Free, and Ready For a Celebration
by Haley Lyndes 6 days ago

Healthy Living
I Have Depression and Anxiety, and COVID-19 Has Taken an Emotional Toll
by Jenna Wirth 1 week ago