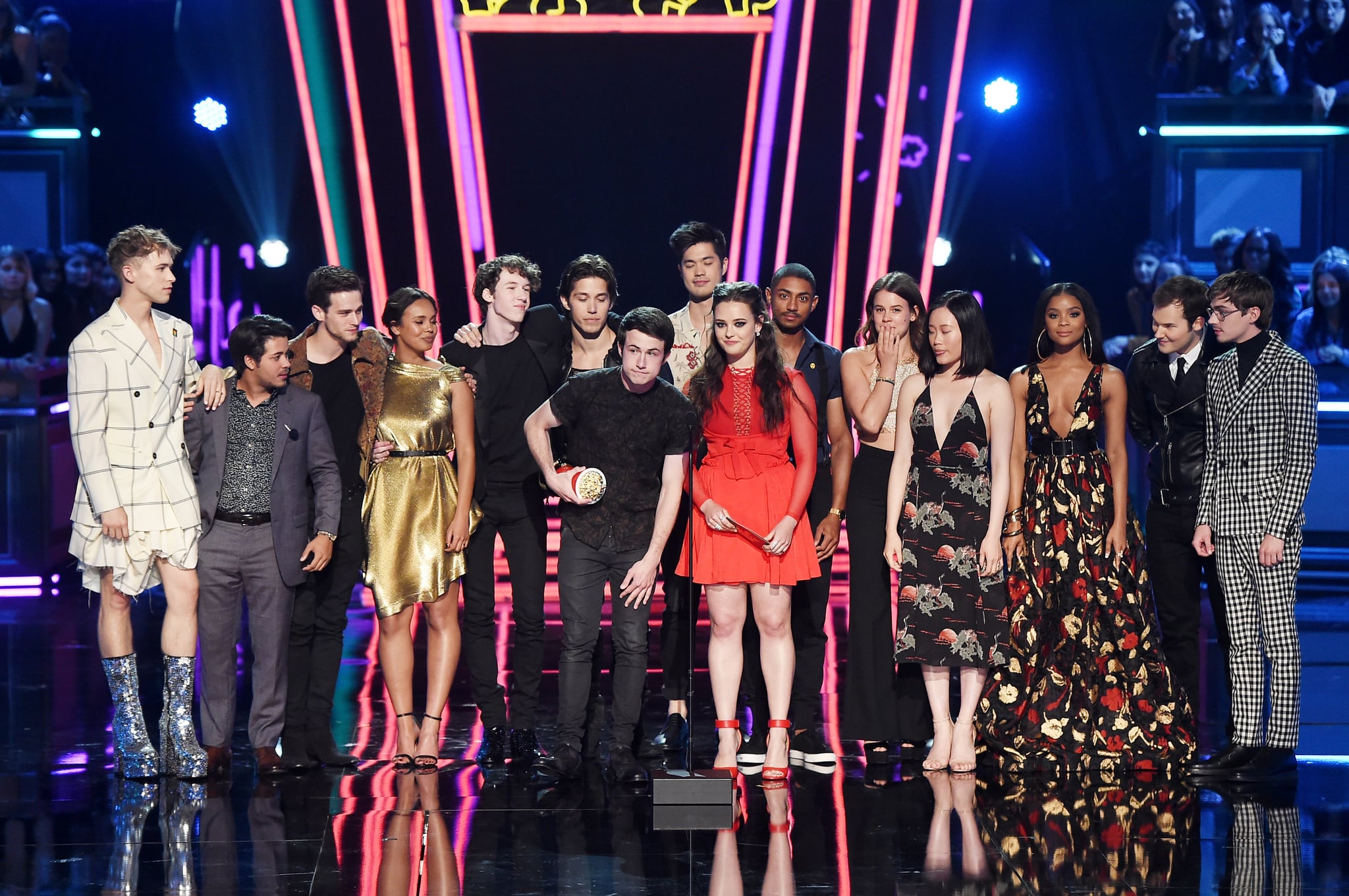 It's too early for 13 Reasons Why to win any MTV Movie & TV Awards, but the cast did get the royal treatment, presenting the trophy for best TV show to Stranger Things. It's great to see two killer Netflix squads onstage at once, but it's really just heartwarming to see everyone from 13 Reasons Why together. The show was officially renewed for season two on Monday morning, and you can tell they're just stoked that they get to keep working together. Check out the clip, and catch up with the teaser for 13 Reasons Why's second season.