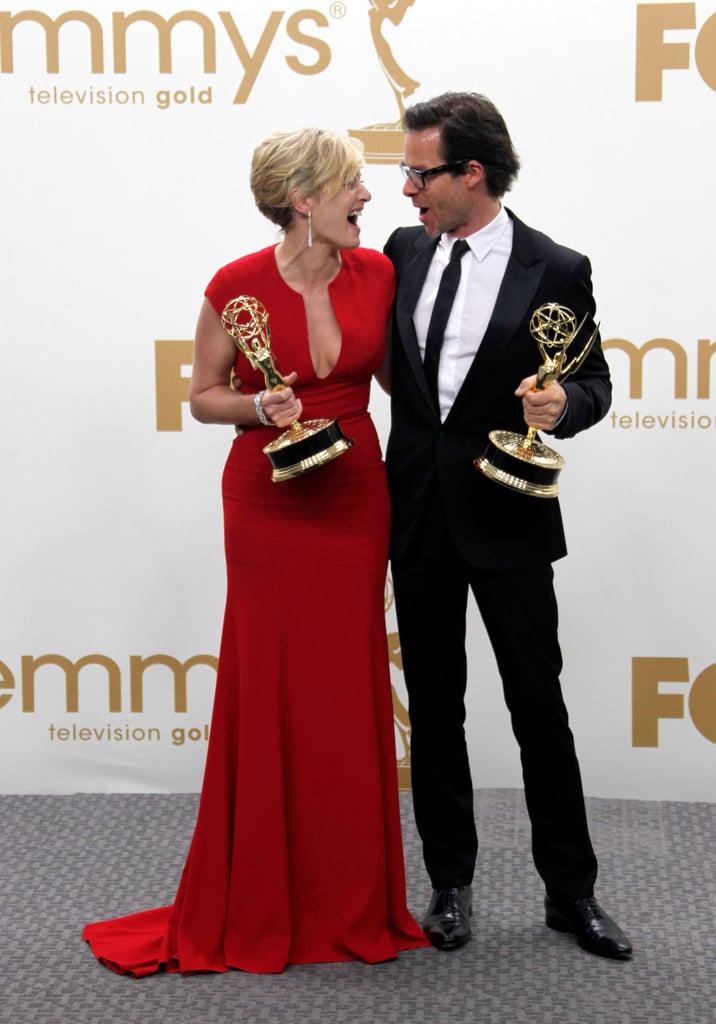 Emmy Winners Show Off Their New Gold in the Press Room

Last night's Emmy Awards show took place at LA's Nokia Theater, with Modern Family leading the pack by garnering five wins during the telecast alone! Ty Burrell and Julie Bowen received accolades for their individual performances, and they took their newly acquired gold into the press room. More stars who were honoured for their work answered questions from reporters, including Mildred Pierce's Kate Winslet and Guy Pearce, The Good Wife's Julianna Marguiles, and Mike and Molly's Melissa McCarthy. Series winners Mad Men and Modern Family had their whole casts up on the podium to chat about their wins. Actors from Mad Men admitted to missing new mum January Jones, who skipped the big night, since she just welcomed son Xander a few days ago. Show creator Matthew Weiner said, "She's home with her baby, John Slattery says. Her baby had his fingers crossed, she told me that. And she said it was really weird that we were going to be here without her, and we miss her terribly."