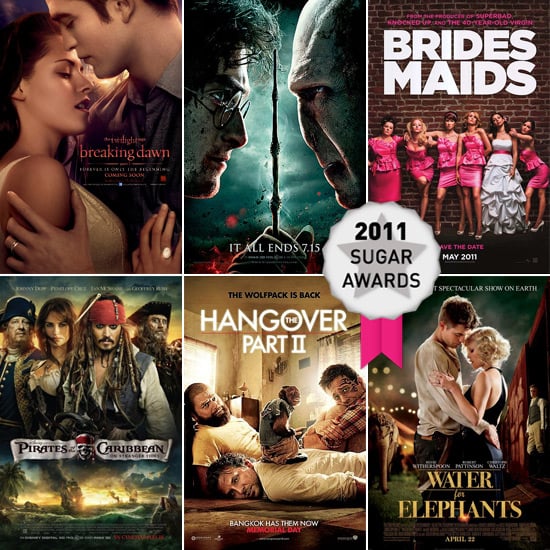 This year, fans of Twilight and Harry Potter had two massive films to look forward to: Breaking Dawn Part 1 and Harry Potter and the Deathly Hallows Part II. One was a teaser for a bigger finale, while the other brought the Harry Potter saga to an end. Pirates of the Caribbean: On Stranger Tides saw Johnny Depp and co. team up for another swashbuckling adventure, while Robert Pattinson had a big year in film with the release of Water For Elephants opposite Reese Witherspoon. Finally, two comedies centred on pre-wedding celebrations getting out of hand had people flocking to the cinema: Bridesmaids and The Hangover Part II (yes, it appeared to be the year of the sequel). These films may not all have been critical hits, but they were general crowd pleasers and had lots of hype leading up to their releases. Which film gets your vote as the biggest movie release of 2011?

Join the conversation
Best Of 2011Movies2011 Sugar AwardsBridesmaidsHarry Potter And The Deathly Hallows Part IIBreaking Dawn Part 1The Hangover 2Pirates Of The Caribbean: On Stranger TidesWater For ElephantsPop Poll
More from POPSUGAR
From Our Partners
Related Posts