Justin, Alicia, Ke$ha and More Ring In the Holidays at Jingle Ball

Justin Bieber, Alicia Keys and Ke$ha showed their holiday spirit at KIIS-FM's Jingle Ball in LA last night. The Nokia Theatre housed the annual event, with a star-studded performance lineup that featured Justin, Flo Rida, The Wanted and Psy. We caught up with Flo Rida as he headed inside, and he revealed he planned to pump himself up to take the mic by doing a few push-ups. After walking the red carpet, Alicia Keys made a surprise appearance on stage.

Justin belted out his hit single "All Around the World," then flashed his abs for fans during "Baby." Before his revealing performance, Justin was reportedly holding hands with Selena Gomez. Between his on-again girlfriend's company and a strong performance, Justin later tweeted about the Jingle Ball's being a "great show."

The Kelly Clarkson Show
Alicia Keys on Breonna Taylor and Eradicating Police Brutality: "We Do Wield the Power"
by Chanel Vargas 1 week ago 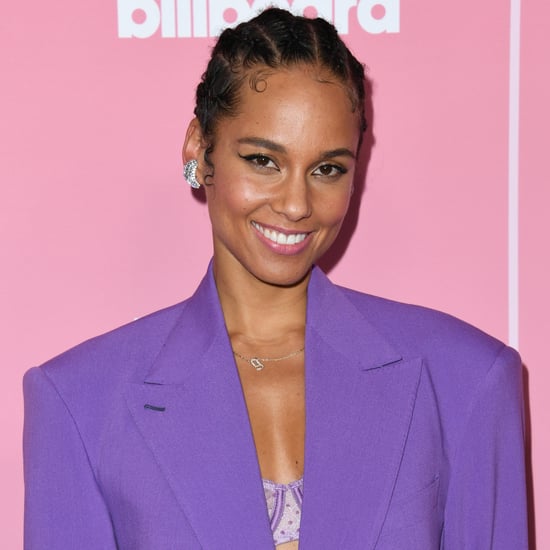 Celebrity Beauty
Alicia Keys Has Always Been Flawless, With or Without Makeup — Check Out Her Beauty Evolution
by Danielle Jackson 2 weeks ago

Award Season
Don't Miss Out! Here Are 50 of the Very Best Pictures From This Year's Emmys
by Haley Lyndes 22/9
Latest Celebrity
×