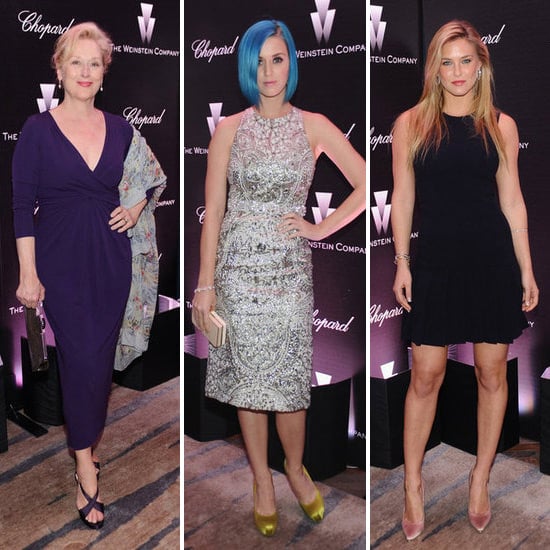 Stars Have a Last Minute Oscars Celebration at Weinstein's Party

Harvey Weinstein gathered a group of actors, musicians and models for his annual pre-Oscars party, which was held at Soho House in West Hollywood last night. Best actress contender Meryl Streep worked the room, while Katy Perry shone in a silver dress and continued to work her bright blue hair. Bar Refaeli added some model glam and showed off her legs in a short black dress, and other attendees included Felicity Jones, Malin Akerman and Oscar nominee Bérénice Bejo. The Oscars red carpet has just kicked off, so stay tuned for the first pictures!