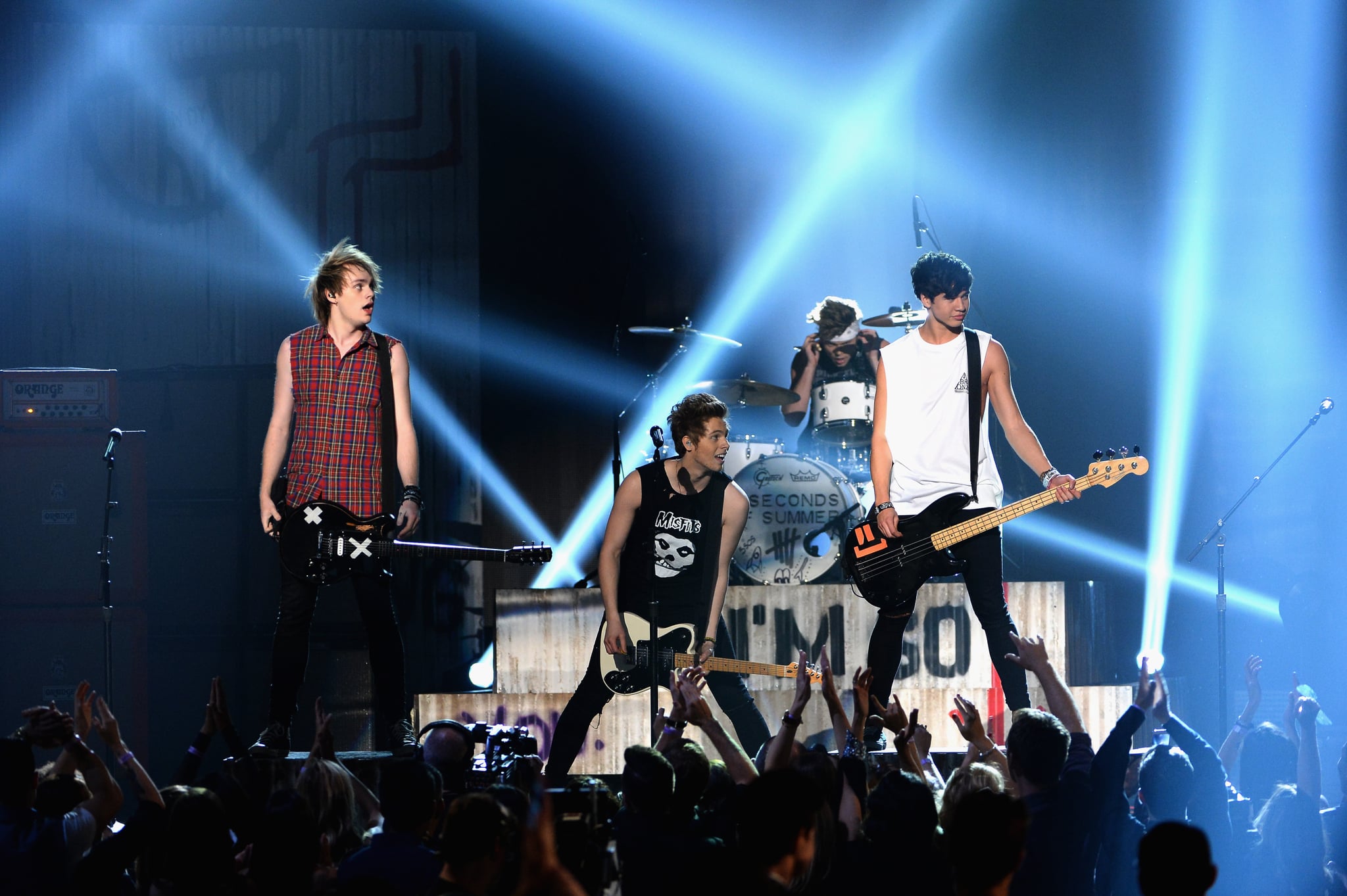 When you get compared to The Beatles, you can pretty much kick your heels up and call it a day — you've officially made it. That's exactly what happened to Sydney band 5 Seconds of Summer at the 2014 Billboard Music Awards yesterday. In front of an audience of millions around the globe, a slightly awkward Kendall Jenner presented a video bio which described them as "four young rockers from down under taking the nation by storm," a sentiment fans clearly agreed with considering Kendall Jenner was barely audible over the screams coming from the audience. This was the biggest performance we've seen yet for band members Luke Hemmings, Michael Clifford, Calum Hood and Ashton Irwin, but they absolutely nailed it. We expect we'll still be talking about these guys many years down the track. Click below to watch their incredible performance!

Music
A TikTok User Made a Harry Styles x Britney Spears Song Mashup, and It's a Freakin' Bop
by Chanel Vargas 18 hours ago

Music
Miley Cyrus Is Making a Metallica Cover Album, and We're Ready For Her Version of Heavy Metal
by Grayson Gilcrease 19 hours ago

Celebrity Beauty
Lizzo Used Nail Art to Encourage Her Fans to Do 1 Thing at the Billboards: Vote
by Danielle Jackson 6 days ago