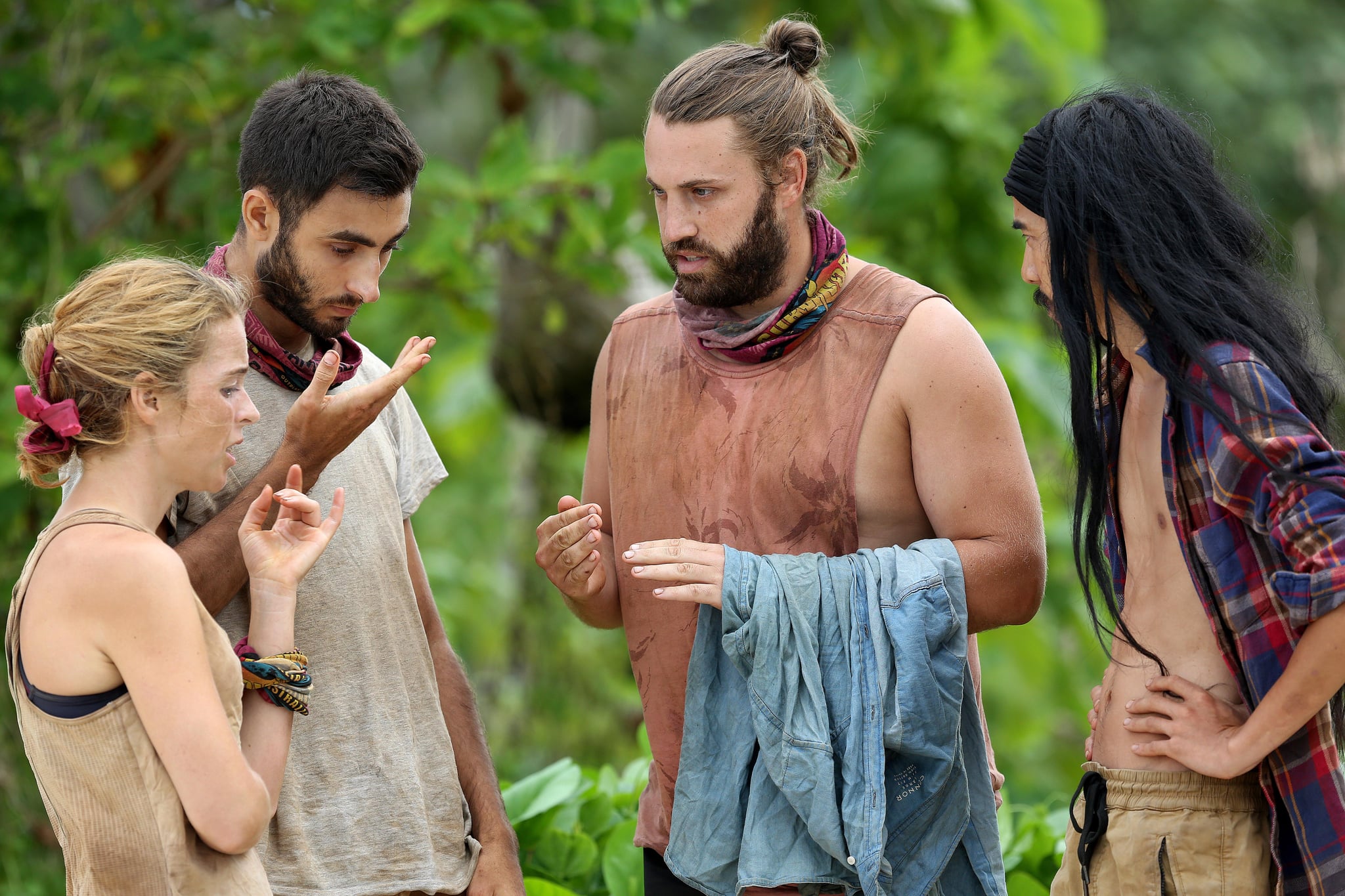 Being renowned for huge moves on a show like Survivor can go two ways: Earn you enormous respect from your fellow contestants and fans alike, or cost you your place in the game. Sadly on Sunday night, AK was met with the latter fate — after a random tribe reshuffle saw him move to Asaga, lose control of numbers, and face his arch-nemesis Tara. While we'll miss his conniving plotting and on-screen sass, his exit has certainly opened up the game for the next big players to step up. Ahead, he shares his experiences from Samoa.

Related:
Yep, Locky From Survivor Is as Much of a Man as You Thought He Was

POPSUGAR Australia: I was really bummed to see you go! Did you see that coming?

AK: So was I! [Laughs] Yeah, I really did. When I drew that Asaga buff and was completely outside of the numbers, I knew that Tara would've dragged my name through the mud once she was safe in that Tribal, so I really didn't stand a chance, but it wasn't from a lack of trying.

PS: I was like, surely if anyone can turn this around, it would be AK!

AK: [Laughs] Yeah, well, that just shows how impossible it was!

PS: And you were quite upset to go?

PS: What went through your mind when you found out you were going to Asaga?

AK: I was gutted! I felt like that was the beginning of the end, and it turned out to be true. I love a random tribe swap in Survivor, and normally the tribes get mixed up a lot more than they did, but I guess that's just the luck of the game.

PS: Many have called you the biggest game player in Australian Survivor — what are your thoughts on that? 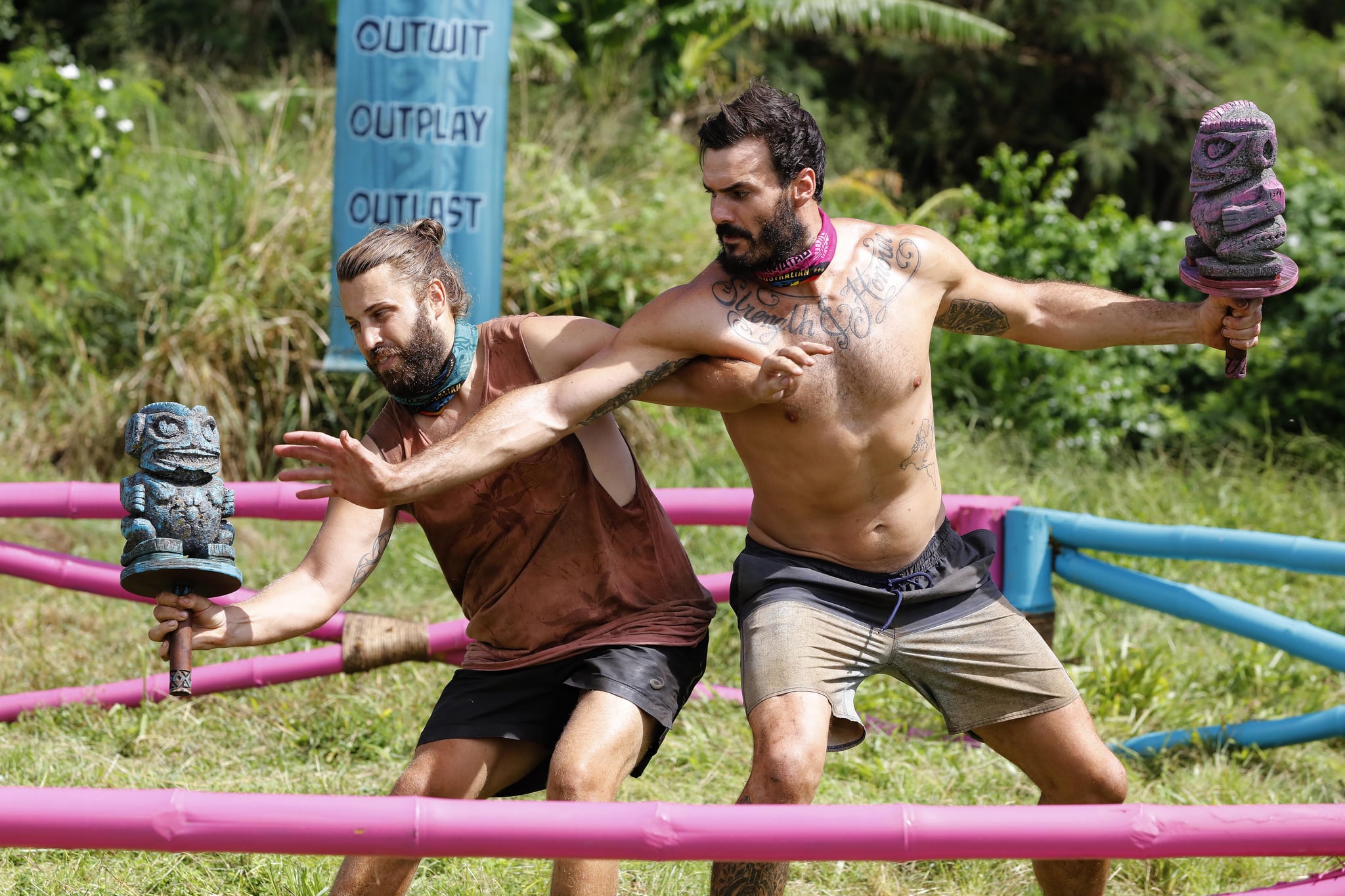 PS: Do you think you played the game too hard?

AK: If I had gone out there, cruised along and voted with the majority, I potentially could've still been voted out, and then I would've had heaps of regrets. So I don't regret playing hard at all, I had a ball while I was out there, I lasted 28 days and survived a heap of Tribal Councils — I'm so proud of my game. I don't regret a thing.

PS: What was your relationship with Tara really like?

AK: Tara and I actually got along really well. It's funny, because when we were sitting in the shelter at night time, we were telling stories and whatnot — we got along and had a laugh. The second it got into game mode and strategy talk, we were just on two different wavelengths. The best thing about it though, is it's just a game. Outside of it, Tara and I get along so well and it's been really fun for both of us to have a banter with each other and watch our dynamic on screen play out.

PS: It's so funny how you guys are in a completely different mindset when you're playing the game. They were making it out like you and Tara wanted to kill each other.

AK: Yeah! In the game, we wanted each other out more than anything. I had already voted her out and she got saved, so it was frustrating to say the least, but she got her revenge with me getting voted out. I don't blame her either, because I was a dangerous player. She didn't choose to get saved that night, she just ran with it and had done what anyone would've done.

PS: How did you learn to play the game so well?

AK: You have to be adaptable. Watching the seasons in the past, there's no one certain way of how to get to the end — every season's different. You've got to be very adaptable and understand who you're playing with. I was fortunate enough that there was enough game players on my tribe that respected that style of the game and wanted to work with me.

PS: Being such a huge fan of Survivor, what was it like being on the show vs. watching it? Did anything surprise you?

AK: It just completely blew my mind and exceeded all expectations. But the biggest thing I took out of it was how tough it really is out there. When you're watching it on TV and you see a 10-second clip of us standing in the rain, it's really been like six straight days of that out there. Along with the winds that come along, it gets really tough. That's where the real great Survivor players come to play, because there's people that just worry about the conditions and how to get through them, and then there's people who will just embrace those conditions, still want to play and move forward.

PS: Who did you feel threatened by in the game? I know you've mentioned that Henry was like the healthier, better looking version of you!

AK: Yeah, he's the BUPA healthy version of me! [Laughs] I identified a few threats out there. When Henry and Ben came over, I saw Henry as a greater threat than I did Ben, and also, Ben fit in perfectly with my alliance dynamic. So Henry was definitely a threat when he came over. I never saw Locky as a threat, because he was always on the outside of numbers and it's essentially numbers that get you through this game. I didn't make too much of Asaga, because we only saw them during challenges, but when I got over there, it was clear Luke has a bit of control — he's got Jericho working for him and a few others scared to go against him, so I identified him as a threat pretty early on.

PS: Did you have a Survivor bucket list and how much did you tick off?

AK: I wrote down five things that I wanted to achieve before I went out there. One was making a fake idol, which I achieved; finding a real idol; being in control of a massive blindside; and the two that I didn't get to achieve was making the merge and winning. I try not to sum up my experience by ticking off things, but sometimes it's nice to look back and see all the things I did out there and how big they actually were.

AK: I saw such great game play in Jarrad and Peter. They are fantastic social and strategic players, but they're doing it in such a subtle way, I don't think it's translating on TV. As a fan watching it back, I think Luke's got what it takes — I'm rooting for him!

Makeup
Glow Up Season 1 Contestants: Where Are They Now (and Are They Still in Beauty)?
by Jessica Harrington 22 hours ago